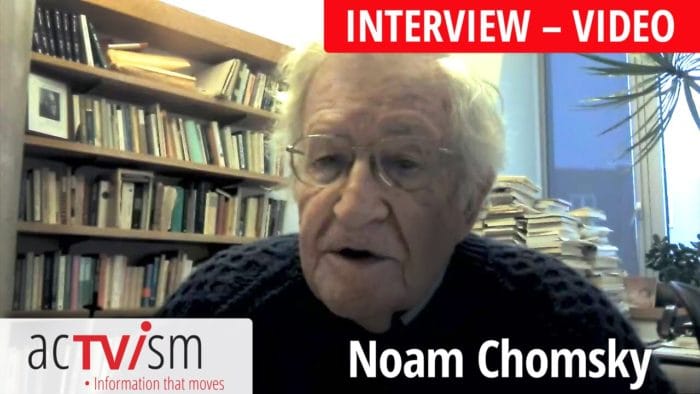 REWIND: The complete acTVism Video series with Prof. Noam Chomsky Here you will find all videos that acTVism Munich produced with Prof. Noam Chomsky in 2015, 2016 & 2017. Please support our crowdfunding campaign today, so we can continue to produce independent news and analysis free from advertisements and corporate or state influence. Click here to to donate today.

To read the full transcript of this video click here.

VIDEO: The Terror attacks in Paris

To read the full transcript of this video click here.