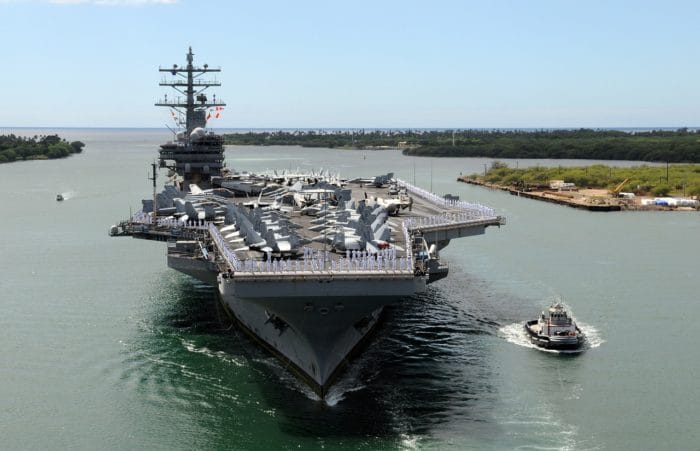 Fatal for the Environment and Climate: United States Military and War Policy

Why do weapon systems threaten people and the environment at the same time?

A 2012 report from the US Congress found that the US Military is the largest single consumer of petroleum products in the USA and thus worldwide. According to a recent report by researcher Neta C. Crawford, the Pentagon requires 350,000 barrels of oil per day. For better context of the extremity of this, the Pentagon’s greenhouse gas emissions in 2017 were 69 million more than Sweden or Denmark. (Sweden accounts for 50.8 million tons and Denmark 33.8 million tons). A large part of these greenhouse gas emissions are attributed to the flight operations of the U.S. Air Force. A daunting 25% of all of the US oil consumption is solely used by the US military. The U.S. military is the biggest climate killer. (Source: Neta C. Crawford 2019 – Pentagon Fuel Use, Climate Change, and the Costs of War)

Since the beginning of the so-called “War on Terror” in 2001, the Pentagon has emitted 1.2 billion tons of greenhouse gases, according to reports from the Watson Institute.

For more than 20 years, the Kyoto and Paris global agreements to limit CO2 emissions have exempted the military from the otherwise agreed upon CO2 emission reporting requirements for the inclusion in reduction targets, particularly by the US, NATO states and Russia. It is apparent that the global military can freely emit CO2, so that the actual CO2 emissions from the military, armaments production, armaments trade, operations and wars remain hidden to this day. The “USA Freedom Act” of the USA conceals important military information; this means that there is hardly any information available in Germany  despite requests from the Left. Some of the information we have is presented in this article.

What we do know?

Germany’s military (Bundeswehr) produces 1.7 million tons of CO2 per year, a Leopard 2 tank consumes 340 liters on the road, and while maneuvering in the field, about 530 liters (for comparison, one car consumes about 5 liters). A Typhoon fighter jet consumes between 2,250 and 7,500 liters of kerosene per flight hour, with every international mission there is an increase in the energy costs that add up to more than 100 million euros per year, the CO2 emissions amount to 15 tons. A case study by the Citizen’s Initiatives Against Aircraft Noise from Rhineland-Palatinate and Saarland (Bürgerinitiativen gegen Fluglärm aus Rheinland- Pfalz und Saarland) found that on the single day of July 29, 2019, fighter jets from the US Army and the Bundeswehr flew 15 flight hours, consuming 90,000 liters of fuel,producing 248,400 kg of CO2 and 720 kg of nitrogen oxides.

For many scientists, the first atomic bomb explosion in 1945 is regarded as our entry into a new geological age, the Anthropocene. The atomic bombings of Hiroshima and Nagasaki were the first acts of mass murder due to an  individual bombing, killing more than 100,000 people. The long-term effects of decades of radioactive contaminated areas have meant that hundreds of thousands more people have died as the result of related illnesses. The release of radioactivity since then is reduced naturally due to the half-life of radioactive elements, in some cases this only occurs after multiple decades. Due to the numerous nuclear weapons tests in the middle of the 20th century, the ocean floor of the Pacific (for example) is littered, not only by plastic parts, but also by radioactive materials.

The use of even a small fraction of today’s nuclear weapons arsenals, which are officially intended to serve as “deterrents”, would trigger an immediate climate catastrophe (“atomic winter”) and lead to the downfall of all humankind, scientists say. The planet would no longer be habitable for humans and animals.

Uranium munitions were used in the wars of the US-led coalition against Iraq in 1991 and 2003, as well as in the NATO war against Yugoslavia in 1998/99. This included nuclear waste with residual radioactivity, which was atomized into micro-particles when hitting targets at very high temperatures and then widely distributed into the environment. In humans, these particles enter the bloodstream and cause serious genetic damage and cancer. This information and the reactions to it have been suppressed, despite it being well documented. Nevertheless, it is still one of the greatest wars and environmental crimes of our time.

The effects of chemical weapons are well-documented, such as the use of mustard gas in World War I, killing 100,000 people and poisoning large swathes of land. The Vietnam War in the 1960s was the first war to target nature and the environment. The U.S. military used the defoliant Agent Orange to destroy forests and crops. This was a way of preventing the use of the jungle as a hiding place of the opponents and their supplies. For millions of people in Vietnam, this has led to illnesses and deaths – to date, children are born in Vietnam with genetic disorders. Huge areas larger than Hessen and Rhenland-Pfalz in Germany are deforested to this day, the soil left infertile and destroyed.

Pollutants in the air, soil and groundwater created by military aircrafts are operated with NATO aviation fuel. They are highly carcinogenic due to special additives that create carcinogenic air pollutants.

Here, too, the health burdens are deliberately covered up by the military. Most military airfields are contaminated by the use of PFC chemicals used for firefighting with foam. PFC is virtually non-biodegradable and eventually infiltrates groundwater with long-term effects on human health. To rehabilitate militarily contaminated sites, the cost runs to several billion US dollars worldwide, according to estimates.

In addition to the direct burdens on the environment and climate by the military, the high spending on armaments deprives a lot of money for investment in environmental protection, environmental restoration and the energy transition. Without disarmament, there will be no international climate for cooperation, which is the prerequisite for global efforts to protect the environment/climate. German military spending was officially set to almost 50 billion euros by 2019. With the sharp increase in the euro, they are expected to raise this number to about 85 billion in line with their 2% target. In contrast, only 16 billion euros were invested in renewable energies in 2017. The Department of the Environment (Haushalt des Umweltministeriums) budget is worth 2.6 billion euros worldwide; this gap is even further divided by a total of more than 1,700 billion US dollars for military spending, with the United States as the lonely leader. In order to save the global climate and thus humanity, it must change its direct to favor global sustainability goals for global justice.

War and violence for the security of imperial resources?

Global exploitation of raw materials and their transport requires imperial power politics to protect access to fossil resources. Military operations are being used by US, NATO, and increasingly also by the EU to establish their sources and supply routes via ship tankers and pipelines. Wars have been and are being waged (e.g., in Iraq, Afghanistan, Syria, Mali). If the consumption of fossil fuels is replaced by renewable energy resources, which can be generated in a largely decentralised way, it eliminates the need for military rearmament and war operations.

The global waste of resources is only possible with military power politics. The production and sales of products for global markets lead to the waste of resources; this is also due to the inflationary growth of transport routes, which leads to the increasing consumption of fossil fuels. Opening countries as markets for global products, also places them  under military pressure.

Environmentally harmful subsidies amount to 57 billion euros (according to the Umweltbundesamt – the Federal Environmental Agency), 90% of which pollute the environment.

Escape – a consequence of war and environmental destruction

Worldwide, people are fleeing from war, violence and climate disasters. More and more people are on the run worldwide, with current estimates at over 70 million. The causes include wars, tyranny, environmental degradation and the effects of climate change, which is already much more dramatic in many parts of the world than in Central Europe. Those people who follow the life-threatening escape route to Europe are being held back militarily at external borders and have turned the Mediterranean sea into a mass grave.

The prevention of environmental disasters, the prevention of further impending climate catastrophes, the end of so-called growth societies and the safeguarding of peace and disarmament are all part of the same issue called global justice. This goal can only be achieved through a great transformation (or even conversion). To put it another way, it requires a revolutionary change of ownership – a system change instead of climate change! The unthinkable has to be, once again, conceivable in the face of the challenges. 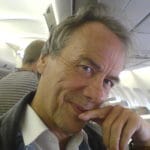