In this video acTVism Munich interviews former CIA (Central Intelligence Agency) analyst, Ray McGovern, who talks about his experience in the agency and the reasons that led him to become an activist and outspoken critic of the US government.  The interview surfaces a number of issues that include: “Enhanced interrogation techniques“ a euphemism for the U.S. government’s program of systematic torture, the role that European governments played in supporting this program, Edward Snowden & the NSA affair, the significance of activism in todays day and age, etc. These questions and more are addressed in the video below:

For the full transcript-text click here.   To see our previous work with other whistleblowers & activists, visit our YouTube Channel: www.youtube.com/acTVismMunich 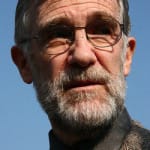 aymond McGovern is a retired CIA officer turned political activist. McGovern was a CIA analyst from 1963 to 1990, and in the 1980s chaired National Intelligence Estimates and prepared the President’s Daily Brief. He received the Intelligence Commendation Medal at his retirement, returning it in 2006 to protest the CIA’s involvement in torture. McGovern’s post-retirement work includes commentating on intelligence issues and in 2003 co-founding Veteran Intelligence Professionals for Sanity.