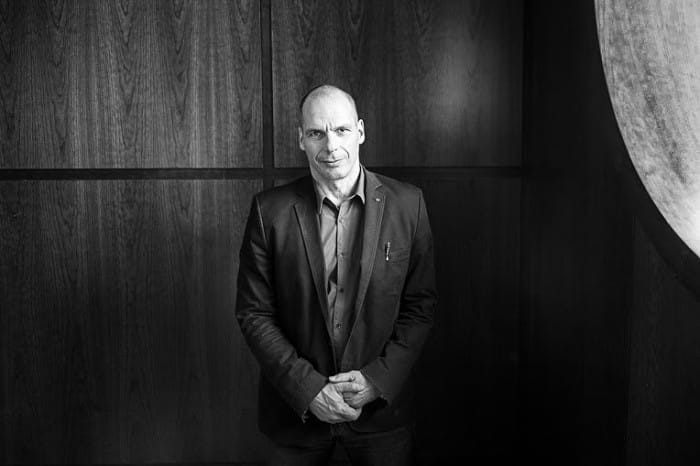 In this video former finance miniser of Greece and founder of the Democracy in Europe 25 Movement (DiEM25), Yanis Varoufakis, explains why the European Union lacks democracy and why there is a fundamental need to implement it on all levels. Varoufakis also addresses whether corporations need to be reformed in order to improve the economic situation in Europe.

For the full transcript-text of this video,  click here.

Varoufakis on the state of democracy in Europe:

Varoufakis on the idea of democratizing multinational-corporations:

Stop this regime of the race to the bottom, where they can go to Ireland and pay 12% corporation tax in order to avoid the German tax. Then, even that they don’t pay, because they have a deal with the Netherlands where the money goes before it goes to the Caribbean. And in the end they end up paying 1%. So, how about, before we democratize them, make them pay where they sell.