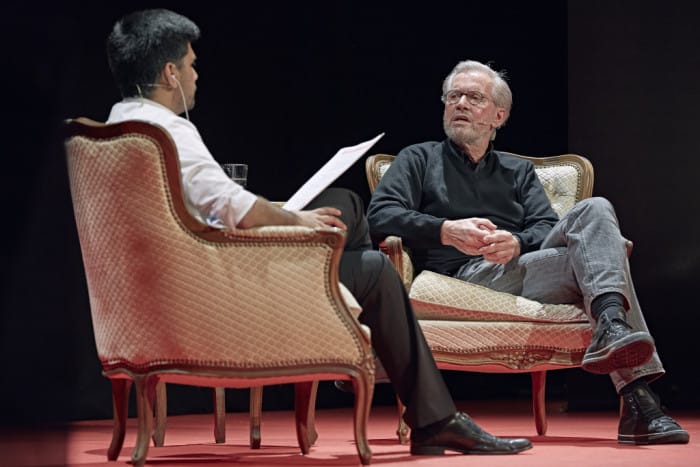 In this interview with best-selling author and war correspondent, Jürgen Todenhöfer, we talk about a number of issues pertaining to the Middle East, war and activism.

All of this and more, are addressed in the video below:

Todenhöfer published numerous best-selling books. His books center around his conviction that peace should be achieved through negotiations only. In 2003 he wrote “Who cries for Abdul and Tanaya?”, decribing the war-stricken lives of a young Afghan boy and a young Iraqi girl. He wrote “Andy and Marwa” in 2005 wherein he describes the fate of the American Andy and the Iraqi girl Marwa during the Iraq war. It was followed in 2008 by the bestseller “Why do you kill, Zaid ?” which was followed most recently in 2013 by his last book “Thou shalt not kill”.