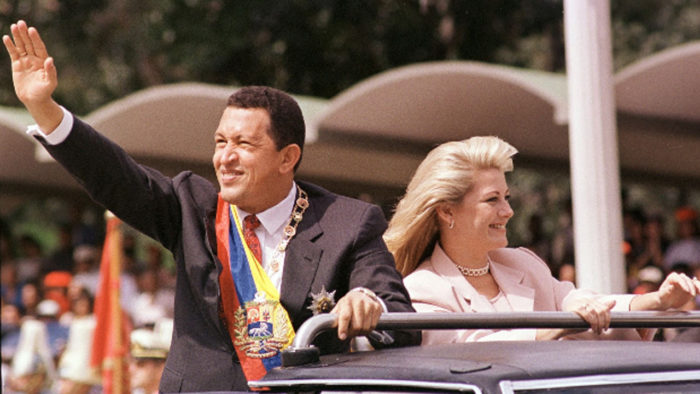 EDITORIAL PICK: A brief History of Venezuela that is ignored by Western Media

In this TRNN produced report translated by acTVism into the German language, Gregory Wilpert briefly summarizes the modern history of Venezuela. Contrary to how many Western media outlets claim that Venezuela was the “jewel of Latin America” before Hugo Chavez was elected in 1998, Wilpert surfaces facts that undo this myth and provide a more accurate account of its past.

VIDEO: A brief History of Venezuela that is ignored by Western Media

To read the full transcript of this interview, please click here.

Gregory Wilpert a German-American sociologist who earned a Ph.D. in sociology from Brandeis University in 1994. Between 2000 and 2008 he lived in Venezuela, where he taught at the Central University of Venezuela and then worked as a freelance journalist, writing on Venezuelan politics for a wide range of publications and also founded Venezuelanalysis.com, an english-langugage website about Venezuela. In 2007 he published the book Changing Venezuela by Taking Power: The History and Policies of the Chavez Government (Verso Books). He moved back to the U.S. in 2008 because his wife was named Consul General of Venezuela in New York. Since returning to the U.S. he has been working as an Adjunct Professor of Political Science at Brooklyn College.

The featured image was taken from online portal called “The Real News Network” from this link and is being used for non-commercial and non-profit purposes.  acTVism does not intent to harm the copyright of the author/photographer and will immediately cite (or remove) upon request. In addition, we want to make clear that the author does not necessarily endorse the work exhibited on this page.