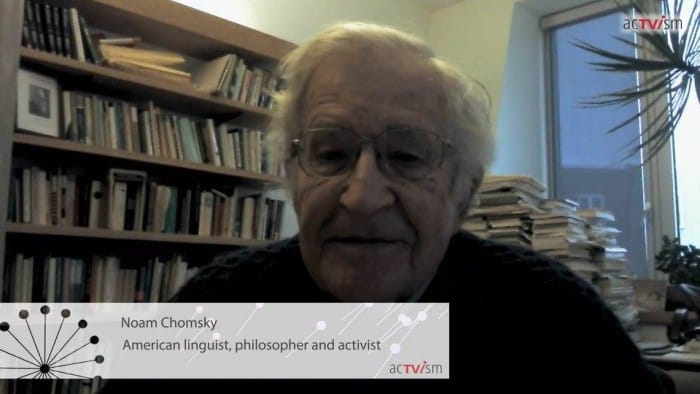 In this interview we talk to Prof. Noam Chomsky on  a host of issues that include: The corporate media, ISIS,  NATO, neo-liberalism & free-trade agreements (TTIP/TPP/NAFTA),  basic-guarantee income and the challenges that confront humanity in the 21st century.

Is the propaganda model, that Noam Chomsky & Edward S. Herman presented in their 1988 book “Manufacturing Consent: The Political Economy of the Mass Media“, relevant in the 21st century?

What are the underlying causes that led to the rise of ISIS? And are they unworthy or worthy victims?

What is the history of so called “free-trade agreements”? And will TTIP improve economic performance in Germany & Europe?

What is Prof. Chomsky’s opinion on the concept of  a “Basic Guarantee Income“?

What are the dangers confronting humanity in the 21st century?

All these questions and many more are addressed in the following video with Prof. Noam Chomsky

Please donate to acTVism Munich so that we can continue to produce independent news & analysis – click here!