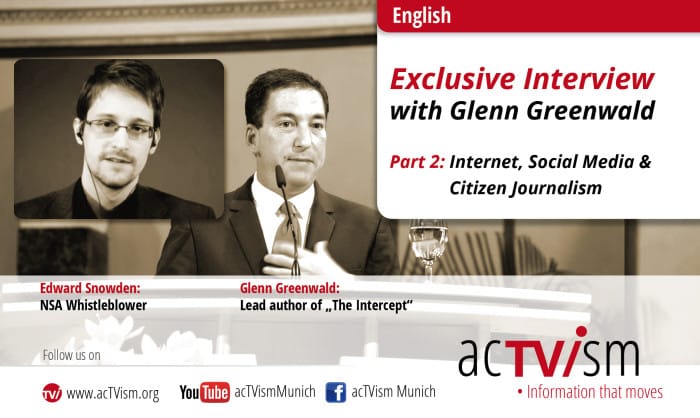 In this video Glenn Greenwald analyzes the Internet’s potential. He considers it as as an “incredibly valuable tool” for democratic participation & liberalization but also surfaces the dangers that it can pose if it falls into the hands of unaccountable & concentrated power. According to Greenwald there’s a “battle that is being waged” between the proponents of the free Internet and factions that are already in power.

To see our complete vide playlist with Greenwald, Snowden and other whistleblowers & journalists, visit our YouTube Channel: https://www.youtube.com/acTVismMunich