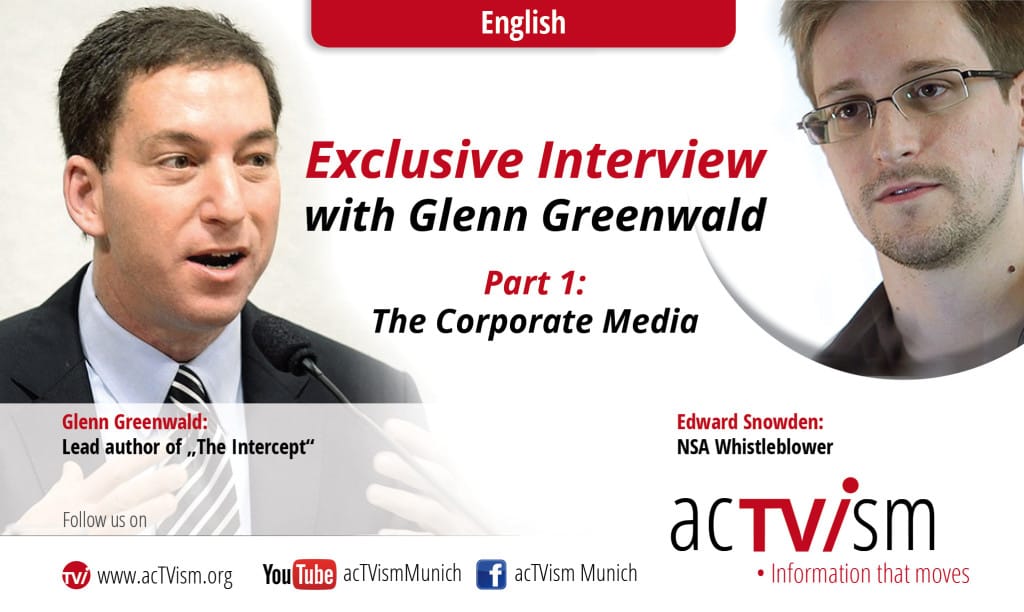 In this video acTVism Munich asks Glenn Greenwald at a Press Conference in Munich his opinion on the Mainstream Corporate Media and their reaction towards the NSA disclosures brought to light by whistleblower, Edward Snowden. Furthermore, Greenwald talks about the signficance of the preparations that he undertook with Laura Poitras and Edward Snowden before they decided to go public with the highly-classifed NSA documents. The next two parts of this press conference with Greenwald will be released soon.

To see our previous work with Greenwald, Snowden and other whistleblowers & journalists, visit our YouTube Channel: https://www.youtube.com/acTVismMunich

2 replies on “Glenn Greenwald on the Corporate Media, Propaganda & Reactions to Snowden’s Revelations”