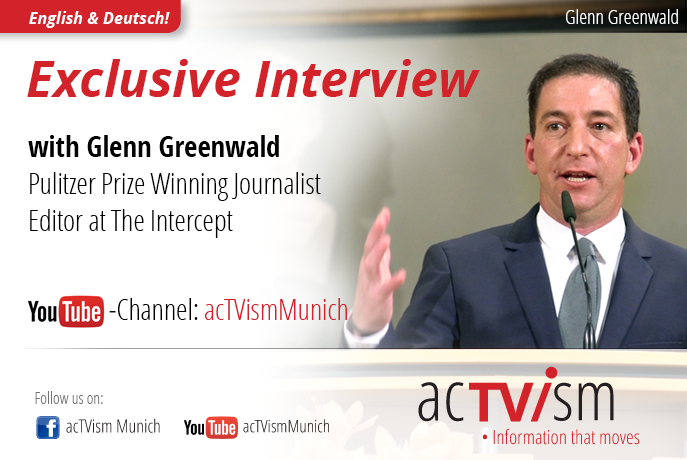 Glenn Greenwald is an American lawyer, journalist and author.  In June 2013 Greenwald became widely known after The Guardian published the first of a series of reports detailing United States and British global surveillance programs, based on classified documents disclosed by Edward Snowden. The series on which Greenwald worked along with others won the 2014 Pulitzer Prize for Public Service.

In this interview, Glenn Greenwald exposes the relationship between software-corporations & the US government and whether the services that they provide are safe for individuals to use. Furthermore, Glenn Greenwald also surfaces solutions that the individual can employ to defend him or herself from unwarranted eavesdropping.

In this speech, Glenn Greenwald reveals his experience with Edward Snowden and Laura Poitras in 2013 at Hong Kong before going public with the highly classified NSA documents. Greenwald also talks about the history of activism and pays tribue to personalities such as Rosa Park, Hans and Sophie Scholl. Other topics that he surfaces in-depth include the reaction of the US government to these revelations, signficance of Edward Snowden’s courage & the challenges that we face in the future.

To stay updated with our work with Greenwald, Snowden and other journalists & whistleblowers, visit and subscribe to our YouTube Channel: https://www.youtube.com/acTVismMunich.