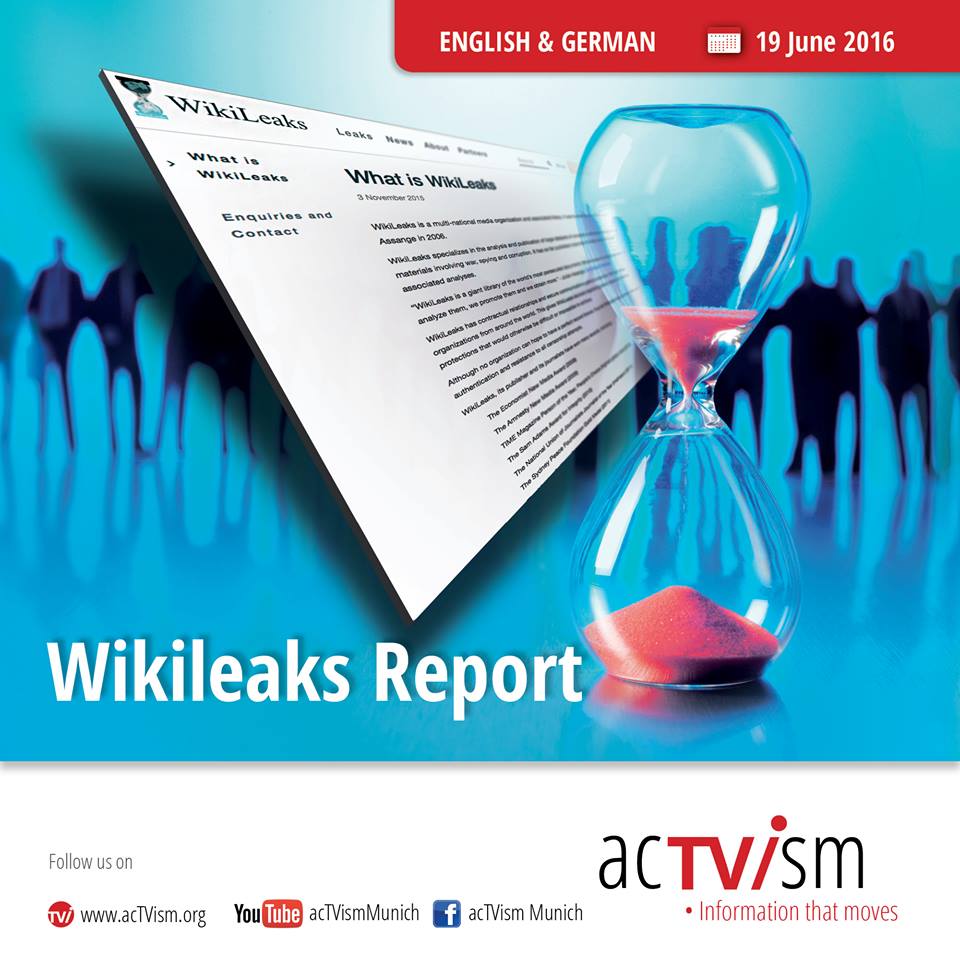 Today the 19th of June 2016 WikiLeaks are hosting an event at Berlin’s Volksbühne. The event “First they came for Assange” is being broadcasted simultaneously from several cities via video conference. This event focuses on the role and importance of whistleblowers and investigative journalists today.

Livestream via WikiLeaks: “First they came for Assange“