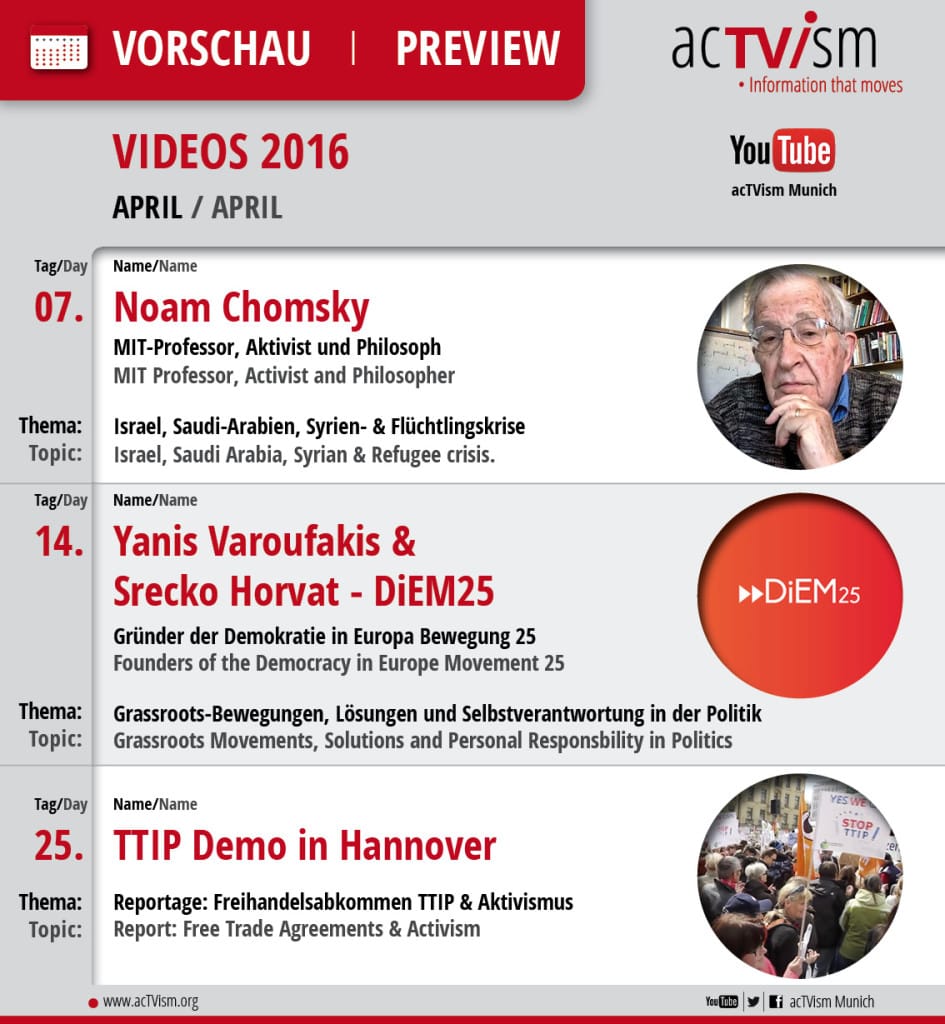 For April 2016, acTVism Munch will start off by releasing an interview with MIT professor, anarchist, philosopher and renowned linguist, Noam Chomsky, who will talk about the roots of the refugee and Syrian crisis. What is the role of Germany, Israel and Saudi Arabia in all of this? Find out on the 7th of April, 2016.

On the 14th of April, 2016, we will release an exclusive interview with the founders of Democracy in Europe Movement 25 (DiEM25), Srecko Horvat and Yanis Varoufakis. What differentiates them from grassroots movements of the past such as Occupy? What solutions does DiEM25 provide to ordinary people such as a single mothers or entire families living on a single pension? And will DiEM25 implement the following rule “If politicians vote for something (like war) they should also be part of it”? These questions and many more will be addressed in this video.

Projects that depend only on your donation:

acTVism Munich is attempting to attain permission from the University of Arizona to translate into multiple languages an event that hosted Edward Snowden, Glenn Greenwald and Noam Chomsky in which they discussed the significance and meaning of privacy. This event took place on the 25th of March, 2016, and was organized by the University of Arizona College of Social and Behavioral Sciences. On the 23rd of April, 2016, acTVism Munich hopes to travel to Hannover to provide a voice to grassroots demonstrations taking place around the Hannover Exhibition which will be attended by US President Barack Obama and German Chancellor Angela Merkel. These demonstrations are taking a stand against the Transatlantic Trade and Investment Partnership, also known as TTIP, that Obama and Merkel plan to promote in this exhibition. Lastly, we are attempting to mobilize our volunteers in New York to record an event organized by the New York Public Libary (NYPL) that is hosting Yanis Varoufakis and Noam Chomsky. This event will take place on the 26th of April, 2016, and will discuss the state of democracy in Europe as well as the economic and social problems confronting it.

Unfortunately, acTVism Munich has very limited financial resources and requires your immediate support to materialize these projects. From transportation, lodging, food, production, translation, and other costs, given our scarce resources, it will be a very difficult task to execute them.

These projects depend only on you – please support us today by donating via PayPal or Bank transfer: DONATE 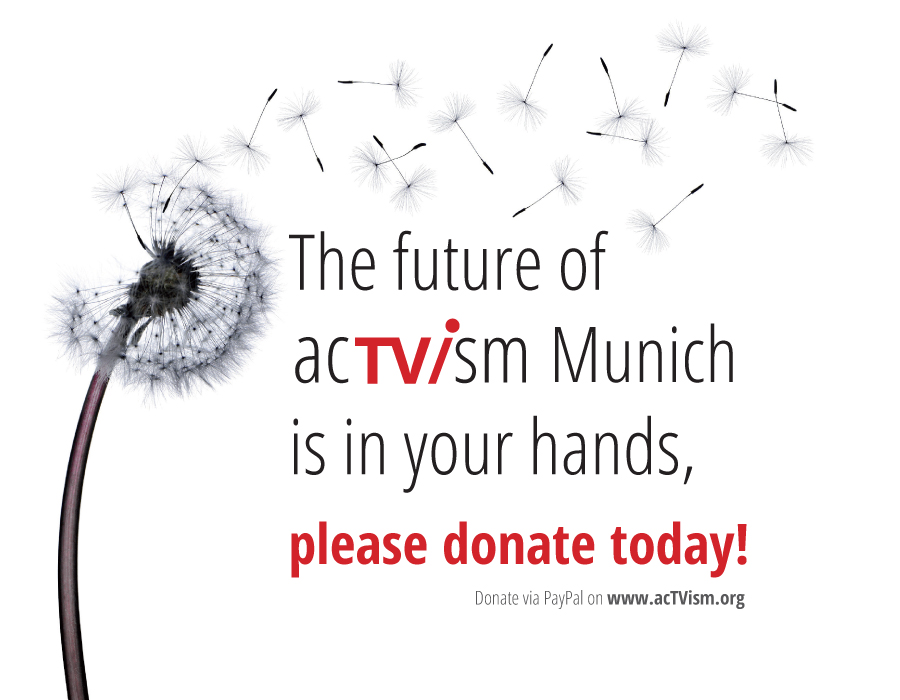