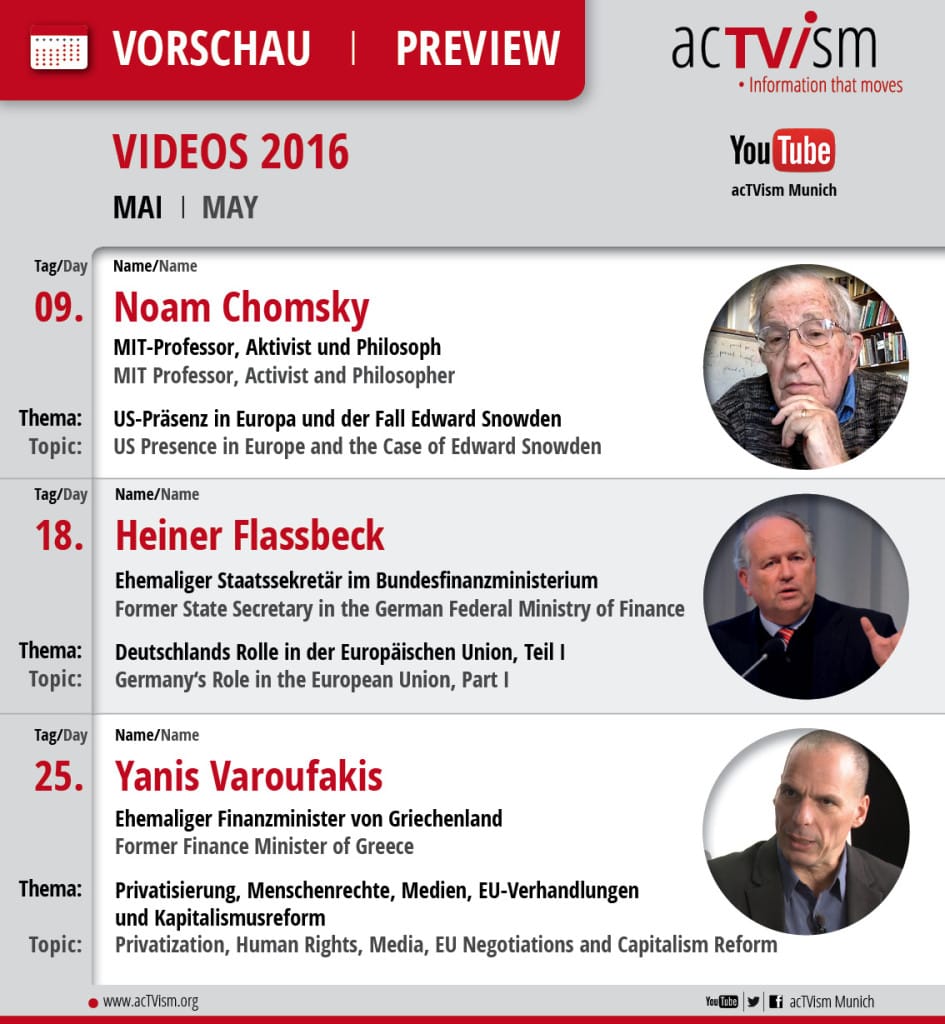 For May 2016, acTVism Munch will start off by releasing an interview with MIT professor, anarchist, philosopher and renowned linguist, Noam Chomsky, who will talk about US military presence in Europe and the case of Edward Snowden.

Why are circa 44,660 US troops and 170 military installations stationed in Germany? What historical decisions are tied to US military presence in Europe & Germany ? Why doesn’t Germany grant Edward Snowden the right to asylum?

These questions will be addressed by Prof. Noam Chomsky on the 9th of May 2016.

Our last video of the month will include part two of our interview with the former finance minister of Greece and founder of the Democracy in Europe Movement 25, Yanis Varoufakis. In this video Yanis Varoufakis will talk about a host of issues that include: Privatization, Human rights, media, EU-negotiations and capitalism’s ability/inability to reform.

Are privatizations benefiting the Greek people? Is the “Memorandum of Understanding” signed by the Greek government with the Troika compatible with the “Declaration of Human Rights”? Is capitalism reformable?

This questions and many more will be discussed on the 25th of May 2016.