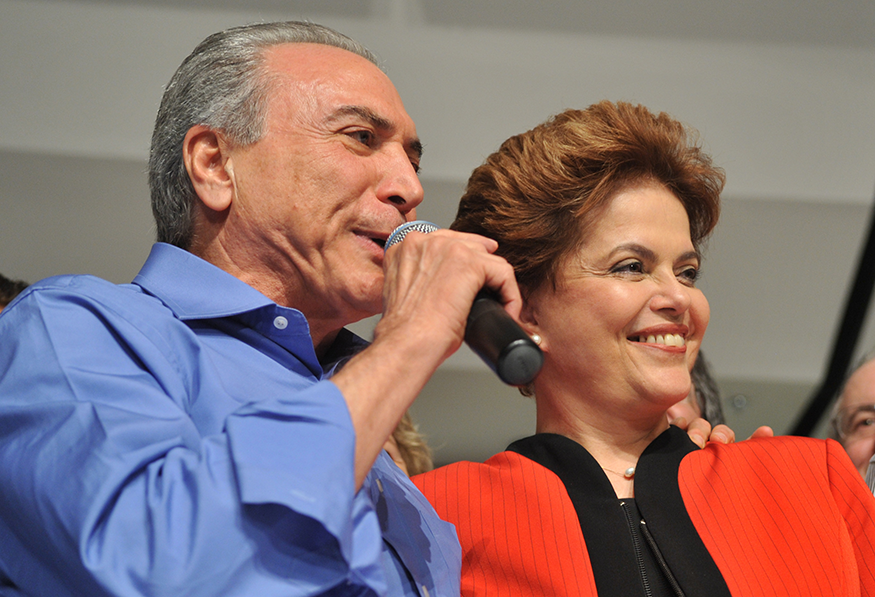 The investigative website WikiLeaks revealed documents about Brazil’s interim president, Michel Temer, which show that he served as an informant for the US intelligence and military apparatus. Two documents dated January and February 2006 that were classified “Sensitive”, show that Temer expressed his views about the state of his party and the elections in 2006 to the US Southern Command in Miami and the US National Security Council.

WikiLeaks stated via twitter that “Brasil’s new president #Temer was an embassy informant for US intelligence, military.“ 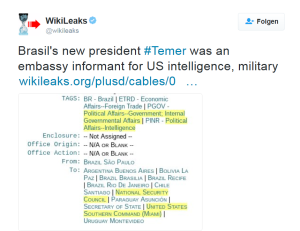 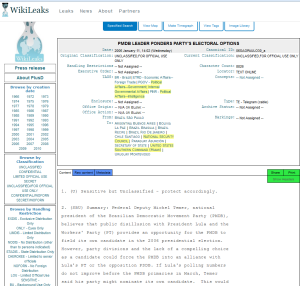 On Thursday the upper house of the Brazilian parliament voted 55-22 to begin the impeachment process of Rousseff. Rousseff is accused of concealing the budget deficit of Brazil prior to the 2014 elections. She has been suspended for 180 days and Temer appointed as interim president.

For more background information about the situation in Brazil, click here.