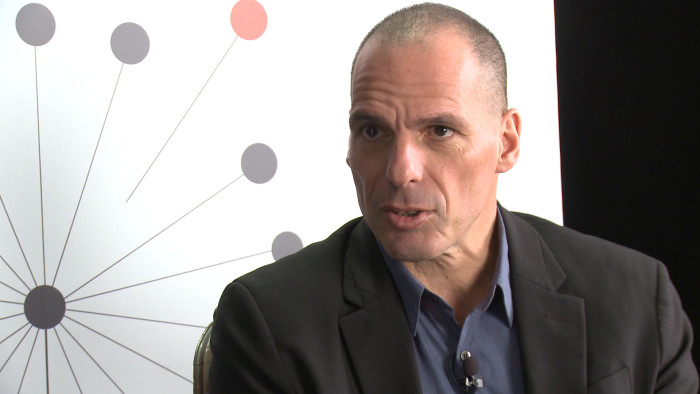 In this interview with Yanis Varoufakis hosted by the Real News Network and translated by acTVism Munich, Yanis Varoufakis talks about his time as the finance minister of Greece and the launch of his new movement called Democracy in Europe 25 (DiEM25) scheduled for the 9th of February 2016 at the Volksbühne in Berlin.

On the 9th of February 2016, acTVism Munich will be traveling to Berlin to document the launch of Yanis Varoufakis‘ movement known as Democracy in Europe 25 (DiEM25) and to interview him again. We expect to release a video on DiEM25 on the 11th or 12th of February. Other projects in February include providing a voice to grassroots activism that will take place in Munich around the 52th Security Conference scheduled for the 12th-14th February. On 15th of February we will release an interview with Prof. Noam Chomsky, who will talk about the mainstream corporate media and how & why they undermine grassroots movements & activism.

Unfortunately, acTVism Munich has very limited funds and requires your immediate support to materialize these projects. From transportation, lodging, food, production, translation, and other costs, given our scarce resources, it will be a very difficult task to execute. Please support us today by donating via PayPal or Bank transfer: DONATE