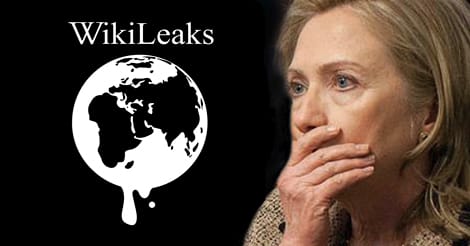 3 Recent Wikileaks Revelations that You Should Know About

3 Wikileaks Revelations about Clinton that You Should Know About

In this video produced by the Real News Network, the most significant Wikileaks revelations pertaining to Hillary Clinton, which were largely ignored by the mainstream media in Europe, are revealed. These questions are addressed in this video:

We are hosting an event on the 15th of January 2017, which will feature leading experts in Edward Snowden, Jeremy Scahill, Jürgen Todenhöfer, Srecko Horvat, Richard Wolff and Paul Jay, who will talk about various issues (Military Industrial Complex, Political Economy, Mass Media, Activism, etc.) with the underlying aim of providing context as well as solutions. For more infos, click here.

Please assist us with a donation today to so that we can not only continue our current operations but also fully realize our plans for the upcoming event. Please support us today by donating via PayPal or Bank transfer by clicking here or on the picture below!