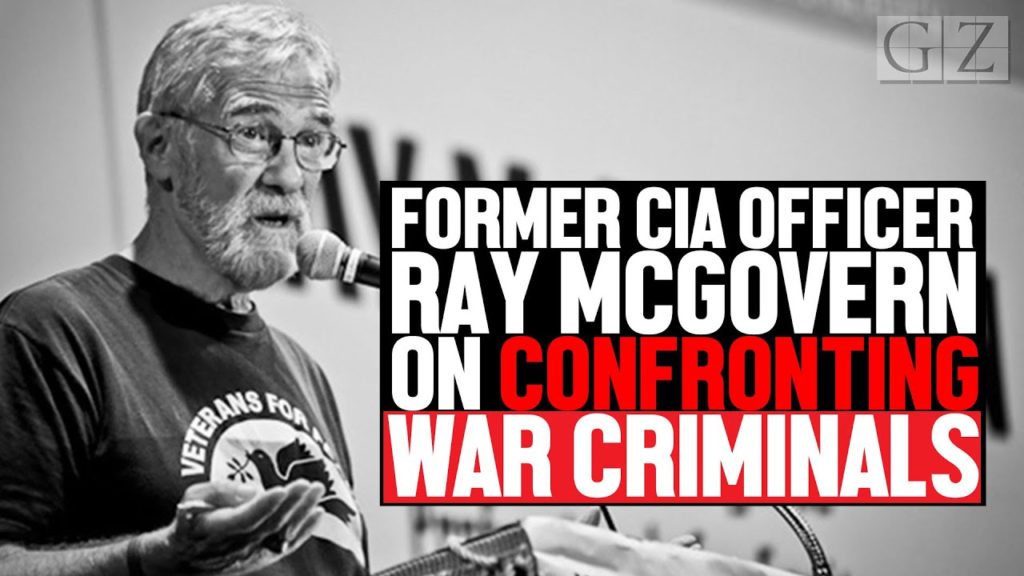 Ray McGovern, veteran antiwar activist and ex-CIA officer, reflects to Max Blumenthal and Aaron Mate on his famous confrontation with Donald Rumsfeld during the height of the US war on Iraq, and his reception by corporate media hacks like Anderson Cooper. McGovern has also grilled Hillary Clinton,  getting assaulted in the process, and warmongers including James Clapper.

This video was produced by The Grayzone and published on their YouTube channel on May 27, 2022. We have translated it into German and are republishing it today to create awareness on this issue in Germany.

To read the transcript of this video: Ex-CIA officer Ray McGovern on confronting war criminals

Ray McGovern works with Tell the Word, a publishing arm of the ecumenical Church of the Saviour in inner-city Washington.

During his 27 years as a CIA analyst, he was chief of the Soviet Foreign Policy branch in the 60s, and Deputy National Intelligence Officer for Western Europe in the 70s. McGovern now serves on the Steering Group of Veteran Intelligence Professionals for Sanity (VIPS).