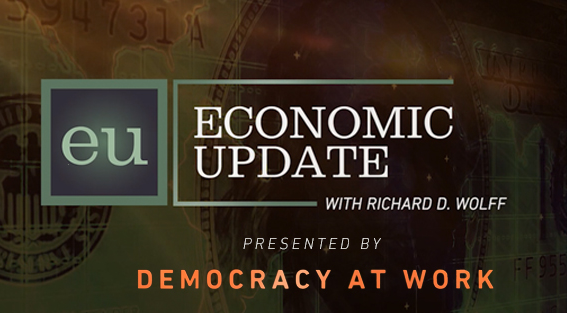 Economic Update with Richard D. Wolff  begun on a single Pacifica station in March 2011. Today, it is played on 80+ stations nationwide and available for video streaming on YouTube and Facebook. Wolff’s specialty on this program is to take complex economic issues and make them understandable, empowering listeners with information to analyze not only their own financial situation but the economy at large. By focusing on the economic dimensions of everyday life – wages, jobs, taxes, debts, interest rates, prices, and profits – the program explores alternative ways to organize markets, and government policies.