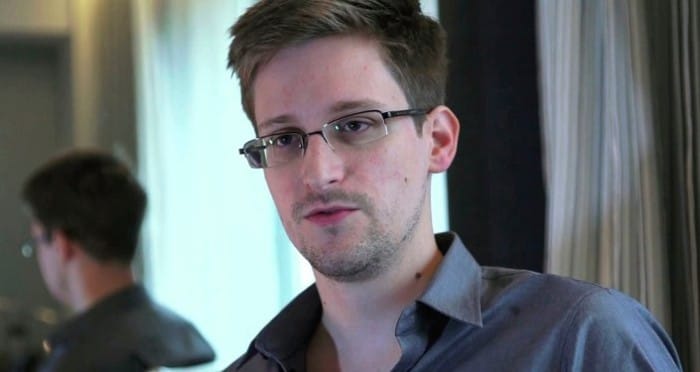 On the 25th of March 2016, the University of Arizona organized an event called “A Conversation on Privacy” which hosted Edward Snowden, Noam Chomsky and Glenn Greenwald. Due to the importance of this event to human freedom and liberty, acTVism is translating it, part by part, into the German language. Although we have the personnel to translate the content into Spanish, French and Greek as well,  we  lack the financial resources that would free up the necessary time required to undertake this critical initiative. Please donate today by clicking here so that we can translate this event and similar initiatives in order to create awareness on a global scale. In this mini-video, the conversation on privacy continues with the NSA-Whistleblower Edward Snowden, Pulitzer Prize winning journalist Glenn Greenwald and renowned linguist Noam Chomsky.

All of these questions and more are adressed in this video:

For more videos with Glenn Greenwald,  visit our YouTube playlist.

Edward Snowden on the importance of privacy to the individual:

“I would argue it depends on the individual, because ultimately privacy, your feelings, your beliefs are always individual in nature. You can try to extrapolate from this, you can try to do some polling based on groups. But to say that it doesn’t have value even to the majority isn’t really that material, even if it is the case. Again, rights don’t exist for the majority. Rights exist to protect the mi nority against the majority. But even in this context, right, even if we put that aside: I would argue that many people do care about privacy, and they’re beginning to care about it more that they have before, because they didn’t realize it was threatened. They didn’t realize they were being watched. As you said previously, we’ve seen polling that indicates people are getting more protective of their privacy now, they’re being more careful, they’re concerned about the monitoring (not sure)that’s occurring. And when we think about why this is, generally there’s a question here – thatI would actually be really interested in the ideas of the other speakers on the stage – is that there’s this traditional idea that we inherited, that some human interactions leave no trace. They occur without records, they are ephemeral in nature. It’s an experience shared between you and your spouse, you and your pastor, or as they used to say sort of on privacy in your own home: The things that happen between those four walls are between you and your god, if you believe in him.”

Glenn Greenwald on the role of the big Silicon Valley corporations:

“When I first read the archives that Ed gave me, one of the things that struck me the most was, what full-scale collaborators these companies were in the surveillance state that the NSA had created. They were not only complying – there’s a helpful chart form Ed that has just magically popped up: all the companies that were part of the Prism program, and when they joined. And it includes essentially every leading company in Silicon Valley. And they not only cooperated to the extent the law required, but even way beyond that. There were documents about how Microsoft would meet with the NSA to help them build backdoors into Skype the same time they were promising the public that Skype was impenetrable. And the reason they were such full-scale collaborators is because they were doing it completely in the dark, and no one knew they were doing it, and therefore there was no cost. Once we were able to shine a light on what these companies were doing, and the full-scale partnership they had created with the government, all of that changed completely. And it didn’t change because these companies decided suddenly that they care about your privacy they still don’t care about your privacy. But what changed is their fear, that if they were perceived as being collaborators of the NSA, that they would lose the current generation or the next generation of Internet users to social media companies in Korea or Brasil or Germany, who would be able to say, “don’t give your data to Facebook and Apple, because they’ll give it to the NSA. Give it to us instead.””

Noam Chomsky on the influence of social media:

“(…)to take a real case: if a teenage kid, take a real case, is having a test tomorrow, and says: “Gee, I had 200 friends whotold me, ‘I hope you do well,’ so look how much of a social life I have,” I think there is some thing deeply wrong about that. Actually, it reminds me of long before the days of the internet, when I was ten years old and I had a friend who was kind of a laughing stock among the small group of friends, because he had a notebook in which he listed all of his friends. And he once told us proudly, that he had 100 friends, which means he had no friends.”