In this exclusive video report produced by the Real News Network (TRNN), Dimitri Lascaris, correspondent for TRNN, provides context to the ongoing refugee crises and talks directly with two refugees from the Kara Tepe refugee camp in Lesvos, Greece, about their travel experiences as well as the reasons why they left their countries of origin.

Kara Tepe houses about 700 refugees. These refugees come principally from Syria, Iraq, and Afghanistan. Almost all of them reach Lesvos by crossing the strait that separates the island from Turkey. They came on leaky and overcrowded boats often with no or defective life jackets. And therefore although the strait is narrow, many of these vessels sank before they reached the shores of Lesvos. Hundreds of migrants, including many children, have drowned in these crossings.

Notable excerpts from the report:

Dimitri Lascaris on causes of the refugee crisis:

Devastating wars, grinding poverty, and punishing droughts that have been exacerbated by climate change have caused a massive migration of the peoples from countries in the Middle East and Northern Africa to the south of Europe. One of the main roots by which people lean these wars on poverty have sought to enter Europe is through Lesvos.

Tatwa, a refugee from Syria who had to travel to Pakistan and then to Greece, on the conditions of the Kara Tepe refugee camp:

Tatwa on where she would ultimately like to go:

Wherever we can find the peaced life.

Hussam, a refugee from Iraq, on his travel experiences:

Well from Iraq I traveled to north of Iraq, Erbil the name of the city. I took a visa to Turkey, Istanbul. And from Istanbul I stayed for two days in the hotel. And then the guy who got us here brought us to some point in [Abraham], in the forest, and we stayed until second day in the evening. At 3 am. So once dark, no police in the sea so we go and no one sees us. So we were in the forest for two days and then we launch to Greece at 3 am and we arrived at the beach of Greece at 6 and half am. And there was helicopter recording us and Greece emergency as well, they helped us. And we had two pregnant females in the boat and plus 35 people. And I was the only guy that didnt have a safety suit and I dont know how to swim as well. Well, it [The boat] didn’t go straight to the point. It goes like this and the motor stopped twice. So in the middle of the sea and the darkness. So we kind of for me I was scared because I didn’t have safety suit so I could almost drown. I didn’t know how to swim. 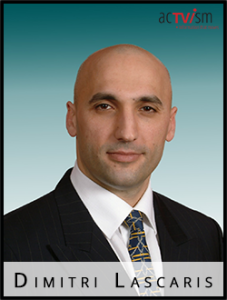 He represented the underwriting syndicate in what was, at the time,the largest initial public offering of common stock in United States history. He also acted on behalf of the Republic of France in the privatization of state industries, and the government of Greece and the German development bank in numerous cross-border securities offerings.