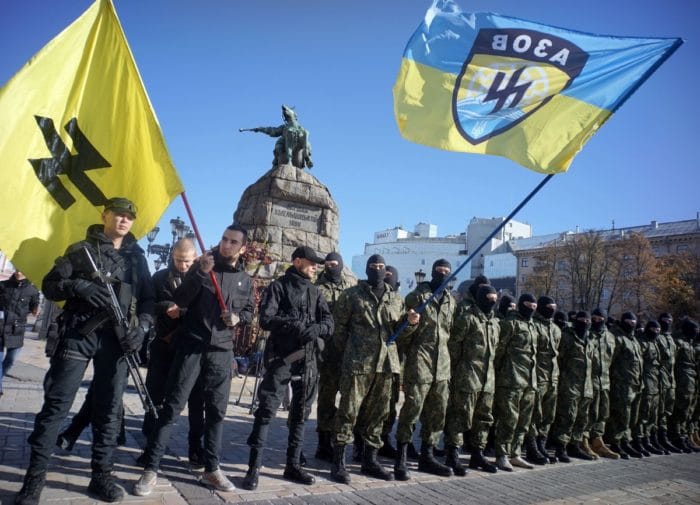 Max Blumenthal: US is Arming Neo-Nazis in Ukraine

This video was originally produced and published by “The Real News Network”. acTVism Munich volunteers translated and synchronized it into the German language to create awareness on this crucial topic.

In this video award winning journalist and bestselling author, Max Blumenthal, reports that the US has provided military assistance to the Azov Battalion, known as a bastion of neo-Nazism within the Ukrainian armed forces. He also discusses US and Israeli ties to the far-right government in Poland, where neo-Nazism is on the rise.

VIDEO:  Max Blumenthal: US is Arming Neo-Nazis in Ukraine

This image was taken from online portal called “Medium” from this link and is being used for non-commercial and non-profit purposes.  acTVism does not intent to harm the copyright of the author/photographer and will immediately cite (or remove) upon request. In addition, we want to make clear that the author does not necessarily endorse the work exhibited on this page.