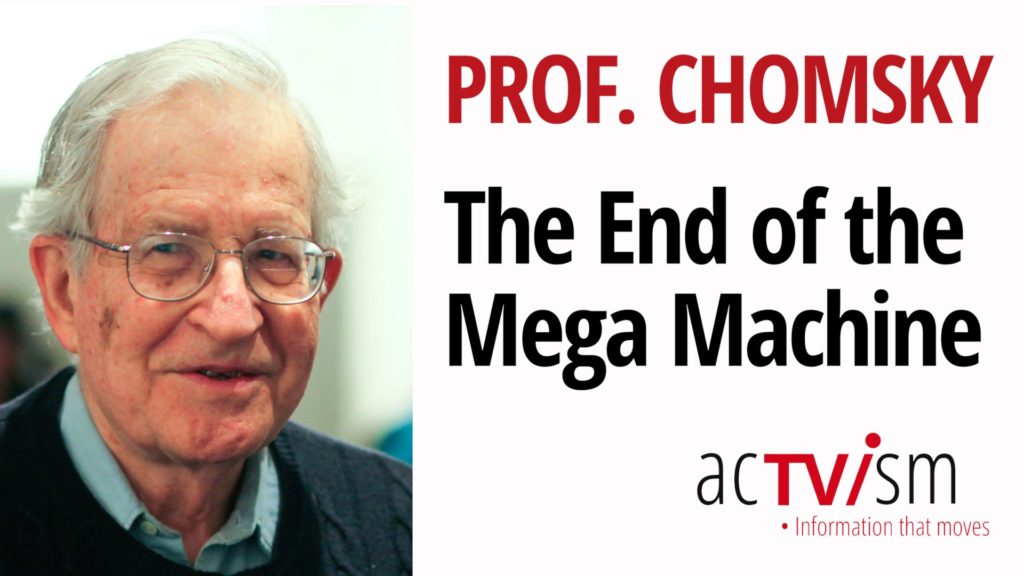 Noam Chomsky – “The End of the Mega Machine”

Noam Chomsky – “The End of the Mega Machine”

In this video, world-renowned linguist and dissident Noam Chomsky speaks with Fabian Scheidler, author of the book “The End of the Megamachine. A Brief History of a Failing Civilization”.  The conversation, moderated by Nermeen Shaikh, focuses on the destructive forces that are threatening human survival and the future of life on earth.

This video was produced and published on the Kontext TV YouTube channel on September 25, 2020. We republished it today to raise more awareness of the issues discussed.

VIDEO: Noam Chomsky – “The End of the Mega Machine”