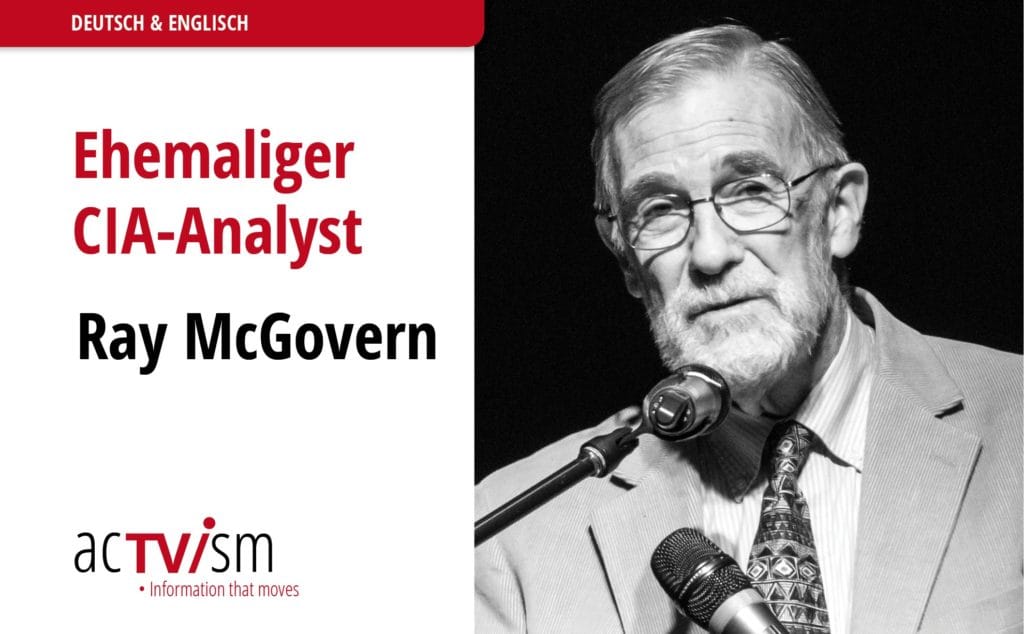 After a multi-month, politically charged investigation, German intelligence agencies could find no good evidence of Moscow-directed cyber-attacks or a disinformation campaign aimed at subverting the democratic process in Germany. Undaunted, Chancellor Angela Merkel has commissioned a new investigation.

Last year, Berlin’s two main intelligence agencies, the BND and BfV (counterparts of the CIA and FBI) launched a joint investigation to substantiate allegations that Russia was meddling in German political affairs and attempting to shape the outcome of Germany’s elections next September.

Like the vast majority of Americans malnourished on “mainstream media,” most Germans have been led to believe that, by hacking and “propaganda,” the Kremlin interfered in the recent U.S. election and helped Donald Trump become president.

German intelligence agencies rarely bite the hand that feeds them and realize that the most bountiful part of the trough is at the CIA station in Berlin with ultimate guidance coming from CIA headquarters in Langley, Virginia. But this time, in an unusual departure from past practice, analysts at the BND and BfV decided to act like responsible adults.

Whereas former CIA Director John Brennan prevailed on his analysts to resort to anemic, evidence-light reasoning “assessing” that Russia tried to tip the U.S. election to Donald Trump, Berlin’s intelligence agencies found the evidence lacking and have now completed their investigation.

Better still, the conclusions have been reported in a mainstream German newspaper, Sueddeutsche Zeitung, apparently because a patriotic insider thought the German people should also know.

If BND President Bruno Kahl thought that his own analysts could be depended upon to follow their American counterparts lemming-like and find evidence – Curveball-style – to support the U.S. allegations, he now has had a rude awakening.

When the joint investigation was under way with his analysts doing their best to come up with reliable evidence of Russian perfidy, Kahl had behaved like his BND predecessors, parroting the charges made by his CIA counterpart, that the Russians were fomenting uncertainty and instability in Germany and elsewhere in Europe.

In a rare interview with the mainstream newspaper, Sueddeutsche Zeitung, on Nov. 28, 2016, Kahl went out on what he probably thought was a safe limb, denouncing subversive “interference” by the Russians (“as they did in the U.S.”). He was just a few months into his job and may have been naïve enough to consider what John Brennan said as gospel truth. (If he really is that gullible, Kahl is in the wrong profession.)

In the interview, Kahl played the puppet-doll Charlie McCarthy with Brennan in the role of Charlie’s ventriloquist Edgar Bergen. Kahl told the Sueddeutsche that he agreed with the U.S. intelligence “assessment” that the Kremlin was behind the cyber attacks aimed at influencing the U.S. election.

He added: “We know that cyber attacks are taking place and that they have no purpose other than to produce political instability. … Not only that. The perpetrators are interested in delegitimizing the democratic process itself. … I have the impression that the outcome of the American election has evoked no sadness in Russia so far. …

“Europe is [now] the focus of these disruption experiments, and Germany especially. … The pressure on the public discourse and on democracy is unacceptable.” Sound familiar?

Still, one might excuse the novice BND president for assuming his analysts would remember which side their bread is buttered on and follow past precedent in coming up with conclusions known to be desired by their masters in Berlin and the CIA.

So it must have come as an unwelcome surprise to Kahl when he found out that, this time, BND analysts would stand on principle and refuse to be as malleable as their Washington counterparts. His analysts could find no proof that the Kremlin was working hard to undermine the democratic process in Germany, and said so.

Worse still from the U.S. point of view, the two German intelligence agencies resisted the usual pressure from some senior leaders in Berlin (perhaps including Kahl himself) to jam whatever innocuous information they could find into the anti-Russian mosaic that Washington was constructing, a kind of Cubist version of distorted reality.

And So, a Do-Over

So, what do powerful officials do when the bureaucracy comes up with “incorrect” conclusions? They send the analysts and investigators back to work until they come up with “correct” answers. This turned out to be no exception. Absent evidence of hacking directed by the Kremlin, the Germans now have opted for an approach by which information can be fudged more easily.

According to the Sueddeutsche, “Chancellor Merkel’s office has now ordered a new inquiry. Notably, a ‘psychological operations group’ jointly run by the BND and BfV will specifically look at Russian news agencies’ coverage in Germany.” We can expect that any articles that don’t portray Vladimir Putin in a devil’s costume will be judged “Russian propaganda.”

For guidance, Merkel may well give the new “investigators” a copy of the evidence-free CIA/FBI/NSA “Assessment: Russia’s Influence Campaign Targeting the 2016 US Presidential Election.” Released on Jan. 6, the report was an eyesore and embarrassment to serious intelligence professionals. The lame “evidence” presented, together with all the “assessing” indulged in by U.S. analysts, was unable to fill five pages; filler was needed – preferably filler that could be made to look like analysis.

And so, seven more pages were tacked onto the CIA/FBI/NSA Assessment, even though the information presented in them had nothing to do with the cause celebre of Russian hacking. No problem: The additional seven pages bore the ominous title: “Annex A: Russia – Kremlin’s TV Seeks To Influence Politics, Fuel Discontent in US.”

The extra pages, in turn, were then used to support the following indictment: “Russia’s state-run propaganda machine contributed to the influence campaign by serving as a platform for Kremlin messaging to Russian and international audiences.”

Did an Insider Leak?

It is not clear how the German daily Sueddeutsche acquired the conclusions of the joint investigation or even whether it has the full 50-page copy of the final report. The newspaper did make it clear, though, that it now realizes it was played by Kahl with his unsupported accusations last November.

From what the newspaper was told, the analysts seemed willing to give the boss what he had already declared to be his desired conclusion, but the evidence simply wasn’t there. The article quotes one security expert saying, “We would have been happy to give Russia a yellow card,” a soccer metaphor referring to improper conduct. A cabinet source lamented, “We found no smoking gun.”

Initially, the BND and BfV planned to release excerpts of their still classified inquiry, the Sueddeutsche reported, but it’s now not clear when, if ever, the full report will be released.

The day after the Sueddeutsche story appeared, some other media outlets reported on it – briefly. Newsweek and Politico gave the scoop all of three sentences each. Not fitting with the preferred “Russia-is-guilty-of-everything” narrative, it then died a quick death. I have been unable to find the story mentioned at all in major U.S. “mainstream media” outlets.

If Americans became aware of the story, it was probably via RT – the bête noire of the abovementioned CIA/FBI/NSA report condemning Russian “propaganda.” Can it become any clearer why RT America and RT International are despised by the U.S. government and the “mainstream media?” Many Americans are slowly realizing they cannot count on American network and cable TV for accurate news and are tuning in to RT at least for the other side of these important stories.

It was from a early morning call from RT International that I first learned of the Feb. 7 Sueddeutsche Zeitung report on Germany’s failed hunt for evidence of Russian electoral interference. 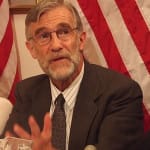 Ray McGovern works with Tell the Word, a publishing arm of the ecumenical Church of the Saviour in inner-city Washington.

During his 27 years as a CIA analyst, he was chief of the Soviet Foreign Policy branch in the 60s, and Deputy National Intelligence Officer for Western Europe in the 70s. McGovern now serves on the Steering Group of Veteran Intelligence Professionals for Sanity (VIPS).