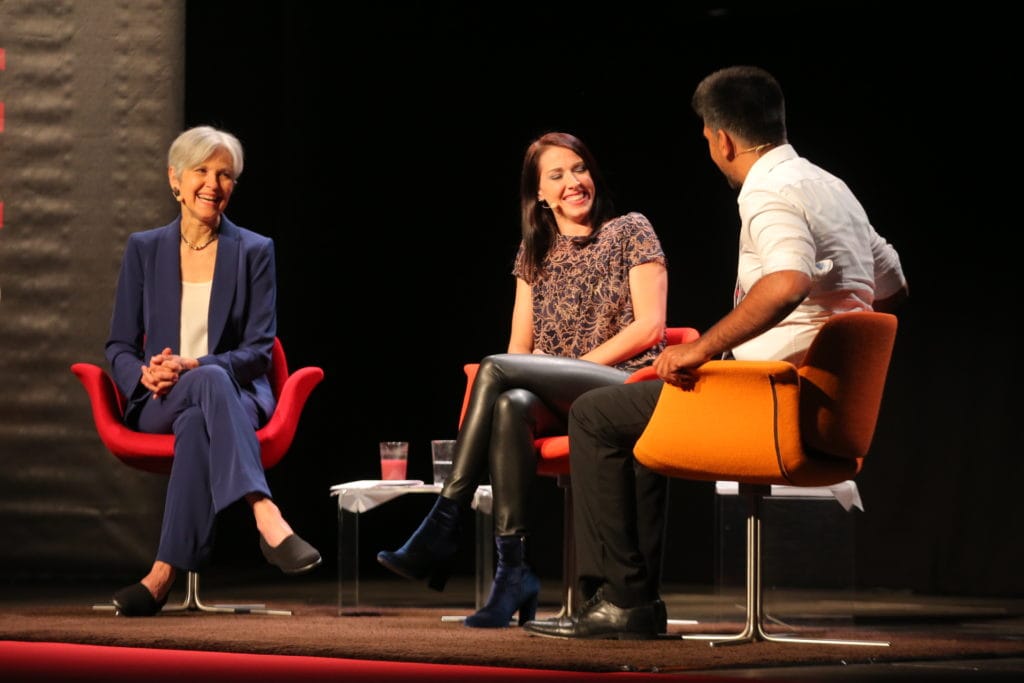 On the 6th of May 2018 we organized an event in Munich with Glenn Greenwald, Jill Stein & Abby Martin under the title “Freedom & Democracy: Global Issues in Context 2.0”. This is the last part of the event which hosted a solution oriented discussion that focused on how individuals can change the world for the better.

Dr. Jill Stein was the U.S. Green Party’s presidential candidate in 2016 and 2012. She is an organizer, physician and environmental health advocate. In the 2016 election, she was the only national Presidential candidate to call for an emergency jobs program to jointly solve the climate and economic crises, and for demilitarization through a foreign policy based on international law, diplomacy and human rights. She was also the only candidate to be arrested for supporting the Dakota Sioux nation in resisting the DAPL pipeline. Following the 2016 election, she launched a recount initiative – which is ongoing – to investigate potential interference in the presidential election.

As a writer and journalist, Raza’s research on political and economic issues was featured on the Tribune Express which he left in 2013 to found acTVism Munich. Since acTVim Munich’s founding Raza has directly overseen and directed the production of over 300 videos that include interviews and events with experts such as Edward Snowden, Noam Chomsky, Yanis Varoufakis, Glenn Greenwald, Hans-Christian Ströbele, Gerald Hüther, Katja Kipping, Sarah Harrison, Abby Martin, Medea Benjamin, Jeremy Scahill,  Richard D. Wollf, Jürgen Todenhöfer, William Binney, Ray McGovern, Thomas Drake, Annie Machon and many others. To find out more about Zain’s background, click here.

1 reply on “Abby Martin & Dr. Jill Stein on How You can Change the World – A Solution Oriented Discussion”

These are the BEST PROGRESSIVE JOURNALISTS
AND PROGRESSIVE PEOPLE IN THE WORLD!!!
Join them and Support them:
Professor Noam Chompsky,
Glenn Greenwald
Chris Hedges and
Dozens more…