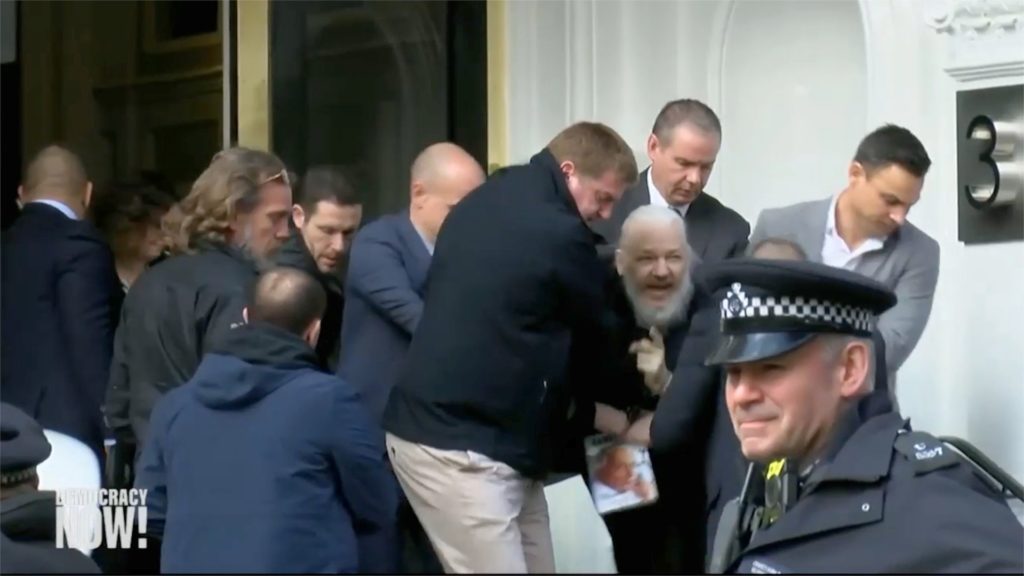 Today on the 11th of April 2019 Wikileaks founder Julian Assange was arrested in the Ecuadorian Embassy in London.  From this day onwards we can expect our press freedoms to deteriorate even further as a precedent has been set for journalists and publishers that expose the crimes and corruption of governments and powerful actors. Any Media outlet or journalist who publishes classified information can now be tried as a criminal, and to name a few examples, this could potentially include The New York Times that published the Pentagon-Papers uncovered by Whistleblower Daniel Ellsberg or The Guardian that published the NSA-Snowden-leaks. The fine line that existed between whistleblowers and publishers was officially eliminated today in the name of national security.

If you would like to support press freedoms visit:

To view our past work with whistleblowers such as Edward Snowden or investigative journalists such as Glenn Greenwald & Wikileaks, click here.

[…] Julian Assange – Comments from Snowden, Chomsky, Varoufakis, Greenwald & Horvat (REWIND)In this video we compile past comments & analysis from experts that were interviewed on acTVism on the topic of Wikileaks & Julian Assange before Assange was arrested. They include in order: Edward Snowden, Yanis Varoufakis, Glenn Greenwald & Srecko Horvat & Noam Chomsky (video via The Press Project). We would like to emphasise that this is merely a compilation that was put together by acTVism Munich’s editorial team “after” Julian Assange’s arrest. To view the interviews in full be sure to visit our YouTube Channel “acTVism Munich”.Quelle: acTVism Munich […]