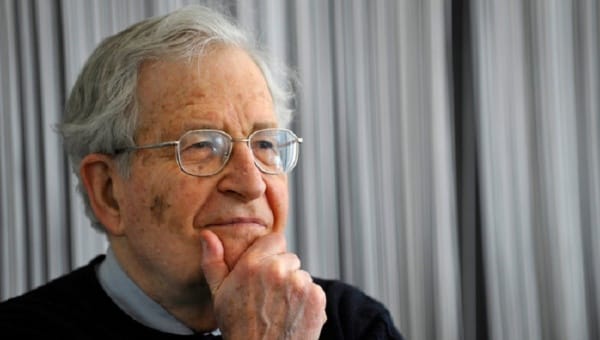 This is the second part of our series called “Reexamining History” in which we explore history and surface facts that are usually suppressed or ignored in mainstream historical literature. For part I, click here.

In this instalment we talk to Prof. Chomsky about the global plans that the United States drew before the end of World War II and how it proceeded to implement them.

From 1939 until 1945 the Council on Foreign Relations and the State Department held regular planning sessions in which they tried to analyze the wartime situation and laid plans for the postwar economy and they developed a concept, which they called “Grand Area.” The Grand Area was defined as a region that the U.S. must control in the post war era. It included of course the Western Hemisphere, it included the former British Empire which the U.S was intending to largely take over, maybe Britain would be a junior partner. And as much of Europe, the commercial and industrial center of Europe, as much of that as possible. Certainly western Europe, its industrial, technological, commercial center.

Noam Chomsky on US & British policy of undermining anti-fascist movements in Europe:

Incidentally, part of this program I should say beginning actually in 1943/44 was to undermine the anti-fascist resistance almost everywhere – first in Italy. The first place where the U.S. and British forces penetrated. The Italian resistance was holding down nearly half a dozen German divisions and parts of Italy were beginning to reconstruct an independent society and all of this was dismantled as the U.S. and British forces moved through the peninsula and pretty much reinstated the traditional order, including fascist sympathizers, and similar programs were adopted in other parts of occupied Europe as the United States took over, including Germany. In fact, Kennan at one point, top postwar planner, said that the West ought to “wall off”, that’s his phrase „wall off“ Western Germany from the eastern zone because the danger or what they regarded as danger of the labor-based – what they called communist – policies affecting the West, might affect them.

In Italy where there was a strong communist party and it was probably gonna win the first 1948 election, the U.S. poured enormous resources into making sure that they wouldn’t win that election, making it very clear to Italians in many ways that if they allow the communists to take control they’d be in deep trouble. One state department official said the policies have to be “clear enough, so that the dumbest wop can understand; we are going to strangle them, unless they vote the right way in their first free election”. In Greece, at first the British moved in, and they faced a strong, they tried to crush the anti-fascist resistance, they weren’t able to do it. The Americans came in to join them and there was a major war, where probably a 160,000 Greeks were killed. The end result was a restoration of something like the traditional society, including fascist elements and the tragedy of Greece goes on from there.

Please support us today by donating via PayPal or Bank transfer by clicking here or on the picture below!

Politics of anti-human,killing game should be exposed.

well coming from a confessed comunist what do you expect
..if there ever is a Noam Chomsky day it should be spent standing in line for bread….comunists are better off dead. period

Yeah like Americans don’t ALREADY stand in line for bread ….. and healthcare ….

[…] This video is the second part of our series called “Reexamining History” in which we explore history and surface facts that are usually suppressed or ignored in mainstream historical literature. For part I, click here. […]

That was exactly what happened in Portugal after the 1975 Revolution…

Sorry I meant the revolution was in 1974 but then we had the 25th November 1975 that stoped the PREC and the USA where in on it exactly like he describes.