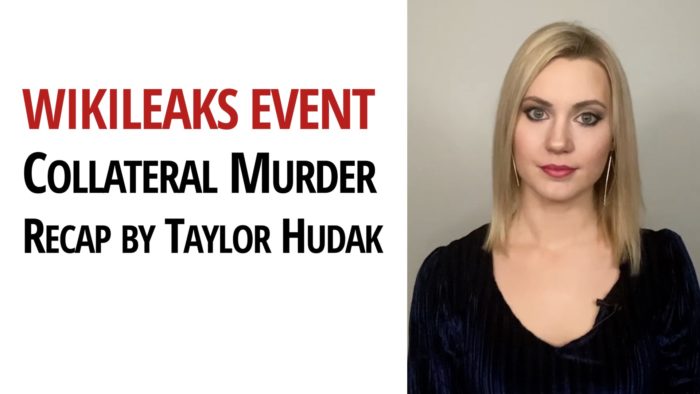 Our journalist and editor Taylor Hudak recaps the “Collateral Murder 10 Years On” event hosted by the Don’t Extradite Assange Campaign in honor of the ten year anniversary of one of WikiLeaks most infamous publications. On April 5, 2010, the collateral murder video was published on WikiLeaks’ website, which depicted US soldiers killing innocent civilians including two Reuters journalists in New Baghdad, Iraq, in 2007. To reflect back on the publication, WikiLeaks Editor-in-Chief Kristinn Hrafnsson and columnist and essayist Nozomi Hayase join together to discuss this pivotal moment in world history.

Taylor Hudak is a journalist and editor with acTVism Munich. She is the co-founder of the decentralized activist organization Action 4 Assange. She has appeared on RT America, RT’s CrossTalk with Peter Lavelle, Fault Lines with Lee Stranahan and Garland Nixon and Political Misfits.