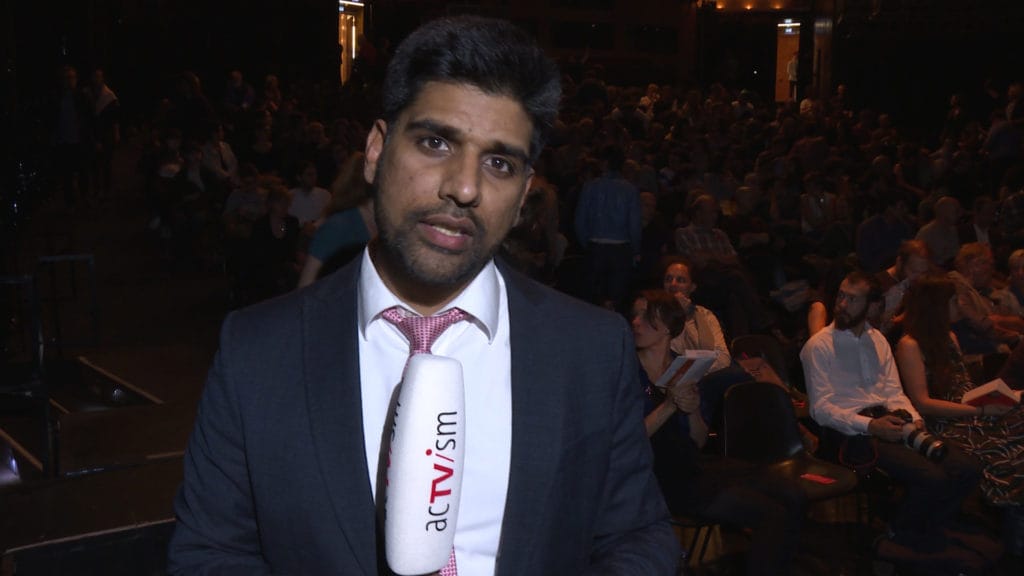 16 months after the Democracy in Europe Movement 2025 was founded by the former finance minister of Greece, Yanis Varoufakis, and philosopher and activist, Srećko Horvat, a socio-economic plan called the European New Deal was presented today on 25th of May 2017 at the Volksbühne in Berlin. This plan focuses on addressing the economic and social problems facing the European Union and providing an alternative to current austerity policies that DiEM25 argues are fueling the rise of the “international nationalists.”

This event attracted hundreds of people with diverse backgrounds from all over Europe and also hosted workshops, panel discussions and a wide range of grassroots activists. The following video provides an insight of the movement, its participants and agenda.

3 replies on “Report: Inside DiEM25 & the European New Deal”