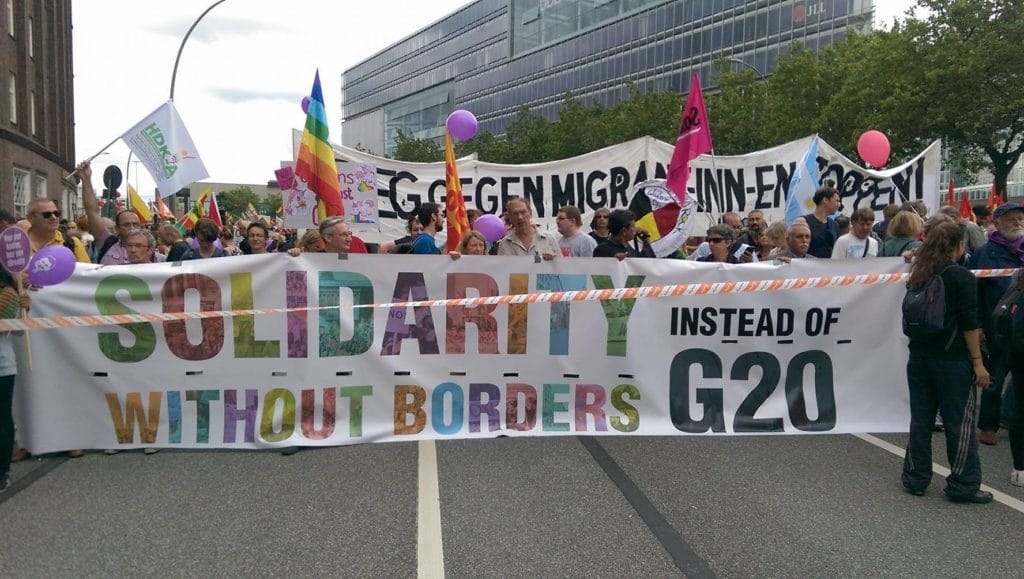 In this video we talk a Masters student of Sociology at the University of Hamburg, political activist and the Coordinator of DiEM25 in Hamburg, Sören Altstaedt, about his experience at the G20 Summit in Hamburg and the actions that were planned against it.

VIDEO:  What you need to know about the G20 Summit in Hamburg in Retrospect

Sören Altstaedt (24) is a masters student of sociology at the University of Hamburg. He is a political activist, Coordinator of DiEM25 in Hamburg and member of the Federal German Committee of DiEM25.He was the main organizer of DiEM25’s actions and events during the G20 summit week 2017 in Hamburg.