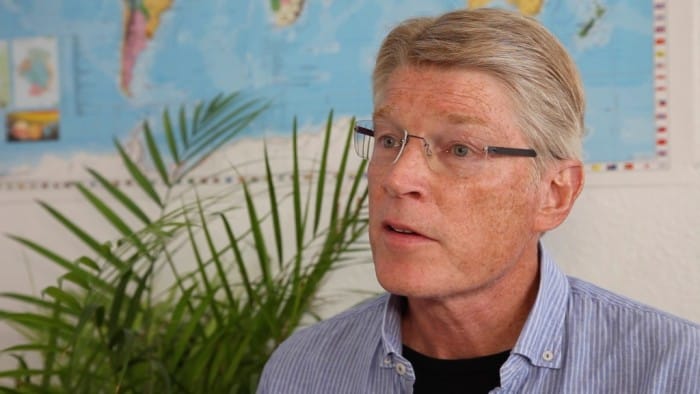 In this video we continue to interview journalist and author Ernst Wolff. Wolff’s latest book is called “Pillaging the World: The History and Politics of the IMF” which is also available in German and Arabic. This video series aims to provide context behind the International Monetary Fund (IMF) and the role it has played in world affairs since its formation up until the current period.

These and other questions will be addressed in this video:

To see the first part of this inverview, click here.

Ernst Wolff about the sustainability of the IMF:

“Well, the IMF talking about the unsustainability of Greece is like the Pope talking about virginity. The IMF has implemented all these austerity measures and it’s been behind these austerity measures. And what we’re seeing now is that the IMF is kind of criticizing austerity in order to put the blame on the EU because the IMF wants the EU to take over the whole debt load of Greece. The IMF is a bankers organization that would never ever go without collecting its money.”

Ernst Wolff about the influence of activism and popular resistance:

“This explosion of social inequality is going to go on. As long as this financial system persists, social inequality will get even bigger. There is no way out of it and there’s no way out of it by reforms. This system has reached its final stage and this system will either crash or it will be dealt away with by the people. It will create revolutions, it will create big upheavals in all countries all over the world in the future. I’m very sure of that because the range within which politicians act has become very, very small and the anger of the people has gotten very, very strong.”

Ernst Wolff about the influence of mainstream media:

“The media make you believe that if the stock exchange goes up it’s good for the people.

But it’s not good for the people, it’s good for the one percent. The stock exchange is completely manipulated by central banks and by hedge funds these days and they collect a lot of money by driving the stocks up and down. They can even make a lot of money by stocks going down these days, if you short shares for example, you can make a lot of money if a share goes downhill. All these things are controlled by the financial industry and the media make the people believe that it’s good for them if the stock exchange is at new record levels.”

We are hosting an event on the 15th of January 2017, which will feature leading experts such as Edward Snowden, Jeremy Scahill, Jürgen Todenhöfer, Srecko Horvat, Richard Wolff and Paul Jay, who will talk about various issues (Military Industrial Complex, Political Economy, Mass Media, Activism, etc.) with the underlying aim of providing context as well as solutions. For more infos, click here.

Please assist us with a donation today so that we can not only continue our current operations but also fully realize our plans for the upcoming event. Please support us today by donating via PayPal or Bank transfer by clicking here or on the picture below.