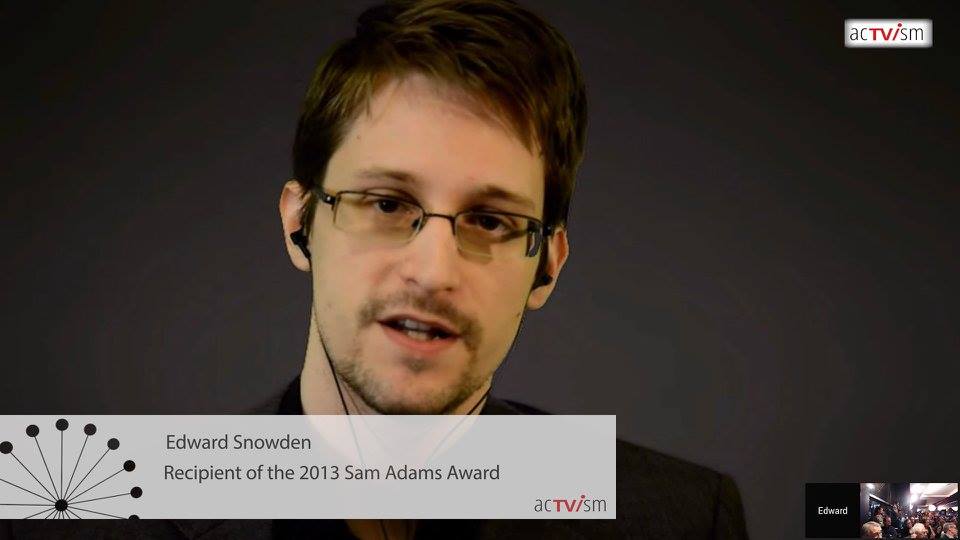 On September 22nd 2016 Volksbühne Berlin welcomed Edward Snowden via video link from his forced exile in Moscow to give an interview as part of their Europe series under the title “From Moscow with love: Edward Snowden on the criminal story of democracy.”

The interview was hosted by a panel of three: Journalist and publisher Jakob Augstein, who was in charge of moderating the event and introduced the remaining two panel members, theatre director and activist Angela Richter, wo had visited Snowden several times in Moscow and lawyer Wolfgang Kaleck, who is legally representing Snowden in Germany.

The temporal context is set by the release of Oliver Stone’s latest movie, Snowden, as well as the recently launched campaign by Amnesty International amongst others to pardon Snowden.

To view our previous work with Edward Snowden, click here.

Notice for an upcoming acTVism Event:

After hearing a brief introduction and waiting anxiously for several minutes before Snowden appeared on the large screen hanging above the stage, the audience received him with great excitement and enthusiasm. The subsequent discussion covered a wide range of topics, from the meaning of privacy and the dynamics of power in a society to the relationship between the actual threat of terrorism and the degree of surveillance, as well as current developments in the movement against mass surveillance.
Describing the core problem of mass surveillance, Snowden states the discomforting fact that “we are creating perfect records of our lives , that do not belong to us” and raises the question, that everyone must answer for themselves “Do we want that?”

Aside from the extremely well-thought out and sobering information he discloses about power structures and the constraints of freedom, he shows a positive attitude toward a growing public awareness of the issues on privacy and insists that everybody has the capabilities to make a change. Snowden furthermore encourages the possibilities of using technology in favor of the people, “as a new means of enforcing human rights”. He  speaks hopefully, himself being subjected to a seemingly hopeless situation, and always passionately about the importance of our right to privacy, as a basic human right, by arguing that essentially “privacy is what makes us equal to the world”.

A report from Zahra Amirzada