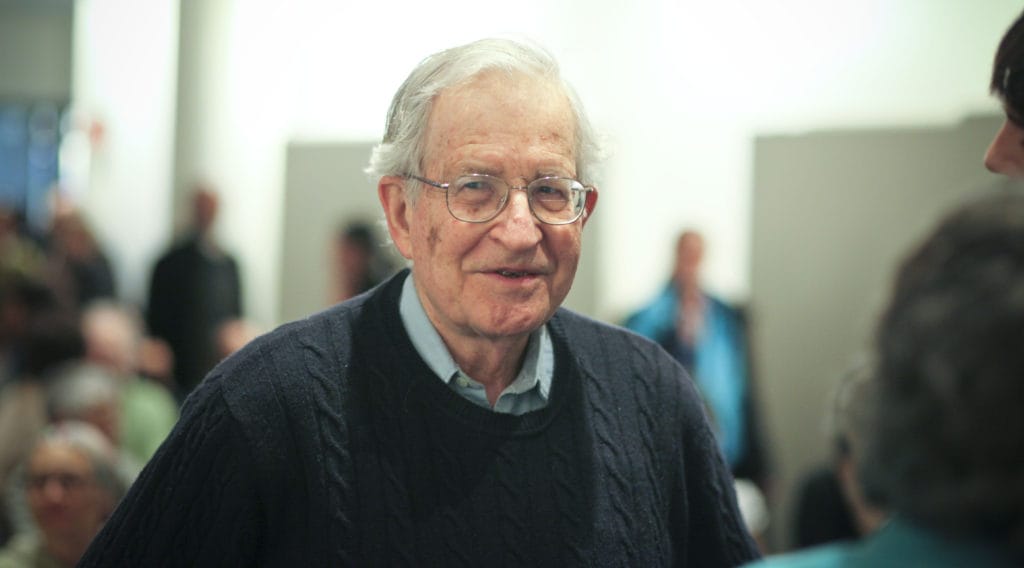 In this acTVism Munich interview with  MIT professor, anarchist, philosopher and renowned linguist, Noam Chomsky, we discuss the looming dangers that face humanity.

VIDEO: Noam Chomsky speaks about the Dangers facing Humanity in the 21st Century

NOTE: This event with Noam Chomsky took place on the 6th of January, 2016 and due the the developments in global affairs, acTVism Munich felt the need to republish these videos to inform the public.

In this video, Noam Chomsky, Joseph Gerson and John Lindsay Poland talk about the US foreign policy apparatus that includes US military bases worldwide and the drone program.

Noteable excerpts from the 1st Video:

The other major shadow is nuclear war, that should not be underestimated. We’ve come very close to nuclear war repeatedly. Now, nuclear war is essentially a terminal disaster. Some things survive, but not much. And we’ve come close, there are serious dangers right now. In theory we know how to eliminate them, but we’re not doing it. In fact the nuclear programs are being expanded. The US program is being expanded by about a trillion dollars over the coming decades. There’s serious crises in Ukraine, in the Middle East, elsewhere that could break into nuclear war. Now these are major problems

To read the full transcript text of this video, click here.