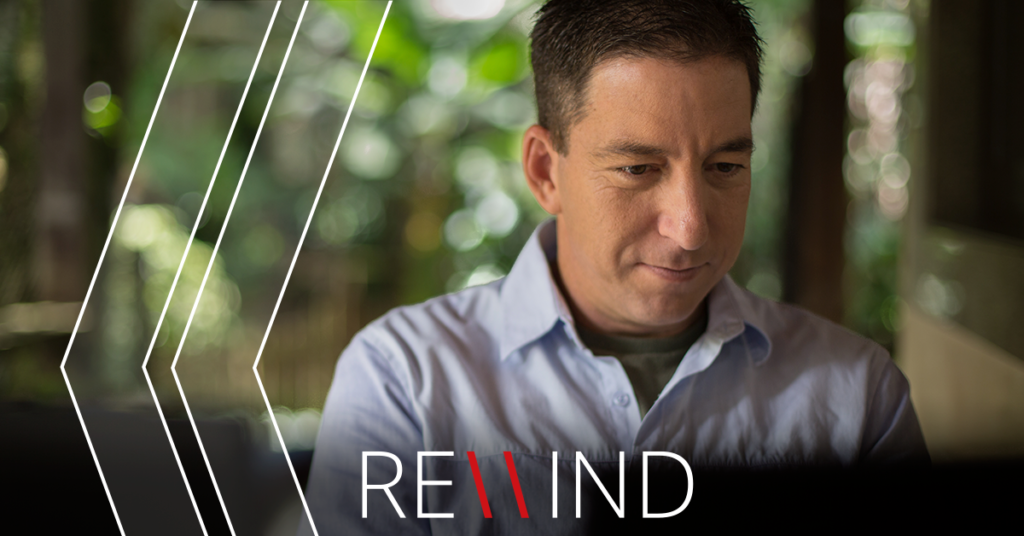 Thank you for visiting our exclusive Rewind video compilation with Glenn Greenwald In the coming days we will be compiling our most interesting and exciting content from 2014 to 2018 with leading experts from around the globe.

To read the transcript of the interview, click here.

VIDEO 5: The Story of Edward Snowden