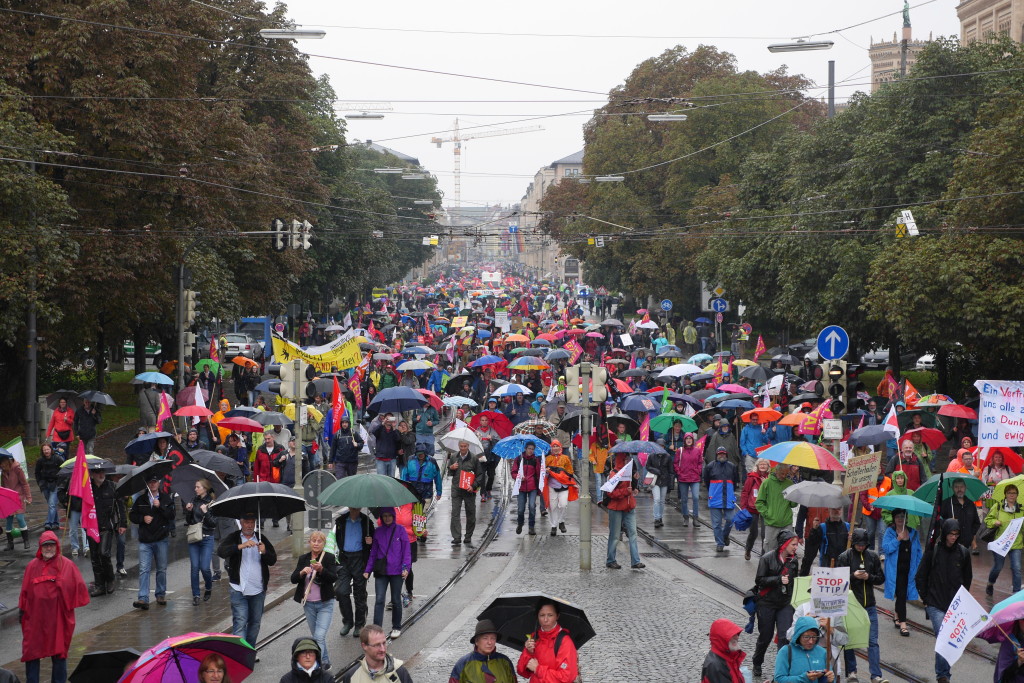 On the 17th of September 2016, a coalition of 33 activist networks organized nationwide demonstrations across Germany under the banner “STOP CETA & TTIP” that were aimed against so called transnational free trade agreements such as TTIP (Transatlantic Trade and Investment Partnership) and CETA (Comprehensive Economic and Trade Agreement).

According to the organizers these so called trade and investments partnerships pose not only a threat to the economy and environment, but are also attacks against the foundations of democracy in Europe, Canada and the United States. On the website of the organizers it states: “Let us STOP CETA & TTIP! We support fair trade and not free trade”.

Although the majority of Germans view these agreements with skepticism, establishment politicians favour them on the grounds that they will boost exports, economic growth and trade. The Social Democrats of Germany (SPD) led by Sigmar Gabriel have also voiced strong support for these agreements and hence there was a strong emphasis laid by organizers to influence the policy stance of the SPD.

Organizers estimate that an estimated 300,000 to 350,000 people took part to in these demonstrations.

acTVism Munich was present in both Berlin and Munich to provide on ground coverage.

According to police the nationwide demonstrations took place peacefully with no reports of violence.

3 replies on “Stop TTIP and CETA – Demonstrations in Germany”