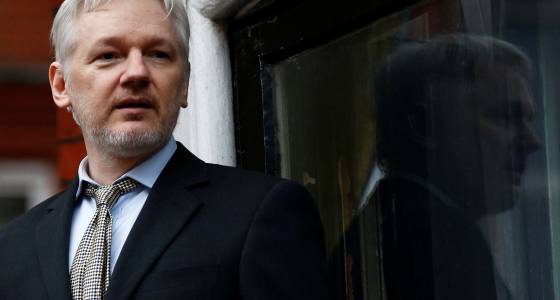 For this exclusive acTVism video report, we travelled to the Volksbühne in Berlin in order to document the global event named “First they came for Assange” in which the case of Wikileaks and its founder, Julian Assange, was brought to the forefront. We talked directly to organizers and participants on the following issues: Assange’s case, the function and significance of whistleblowers in a democratic society, the German government’s handling of whistleblowers and the role that artists and activists can play to bring about meaningful change.

To see more of our work with whistleblowers & investigative journalists, click here.

Note: Full interviews from this report will be released soon – please support in the production process by donating today.

Details of the Event:

Four years after Julian Assange passed through the gates of the Ecuadorian Embassy in London and was forced to seek asylum, people from all over the world joined their voices in order to ask that this persecution be brought to to an end.

acTVism Munich plans to continue translating “A Conversation to Privacy”, the event organized by the University of Arizona that hosted Edward Snowden, Glenn Greenwald and Noam Chomsky. acTVism Munich believes that privacy is a central ingredient to democracy and creating awareness on it on a global scale is of utmost importance for the future of human freedom and liberty. Secondly, we plan to begin translating an event that was organized by the New York Public Library (NYPL) that hosted Yanis Varoufakis and Noam Chomsky. This event took place on April 26, 2016, and focused, amongst other issues, on the state of European democracy; the underlying problems confronting it and the solutions moving forward.

These projects depend on you – please support us today by donating via PayPal or Bank transfer and clicking here.

[…] In this exclusive acTVism video report, we travel to the Volksbühne in Berlin to document a global event named “First they came for Assange” in which the case of Wikileaks and its founder, Julian Assange, was brought to the forefront. […]

[…] 19, 2016, on the occasion of the fourth anniversary of his entry to the embassy, the event ​“First They Came for Assange” was held. This was a series of simultaneous demonstrations held in several cities around the […]