In this video, former finance minister of Greece and founder of the Democracy in Europe Movement 2025, Yanis Varoufakis, provides his perspective on democracy and how his movement practices it internally. In addition Varoufakis talks about the context under which the European Union was formed and also surfaces concrete examples from the current period in how the EU employs double standards when applying rules and regulations towards its member states.

To view our YouTube-playlist with Yanis Varoufakis & DiEM25, click here. 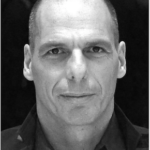 DiEM25 is a pan-European, cross-border movement of democrats that is focused on addressing the economic and social problems faced by Europe today. It provides an alternative to austerity policies that it  argues are dividing the continent and fuelling the rise of “international nationalists“.