In this video, acTVism Munich interviews Yanis Varoufakis, a world renowned economist who was a former member of the Greek parliament. He gained immense popularity when he served as finance minister (27 January 2015 – 6 July 2015) for the Greek government, a post that he left shortly after he found out that Greek government made the decision to implement the austerity package of the Troika against the popular vote (OXI) of the Greek people . This interview focuses on the history of the global economic system, the transformations that it underwent after World War II and attempts to connect it to the current economic crisis that is sweeping throughout Europe and the globe. 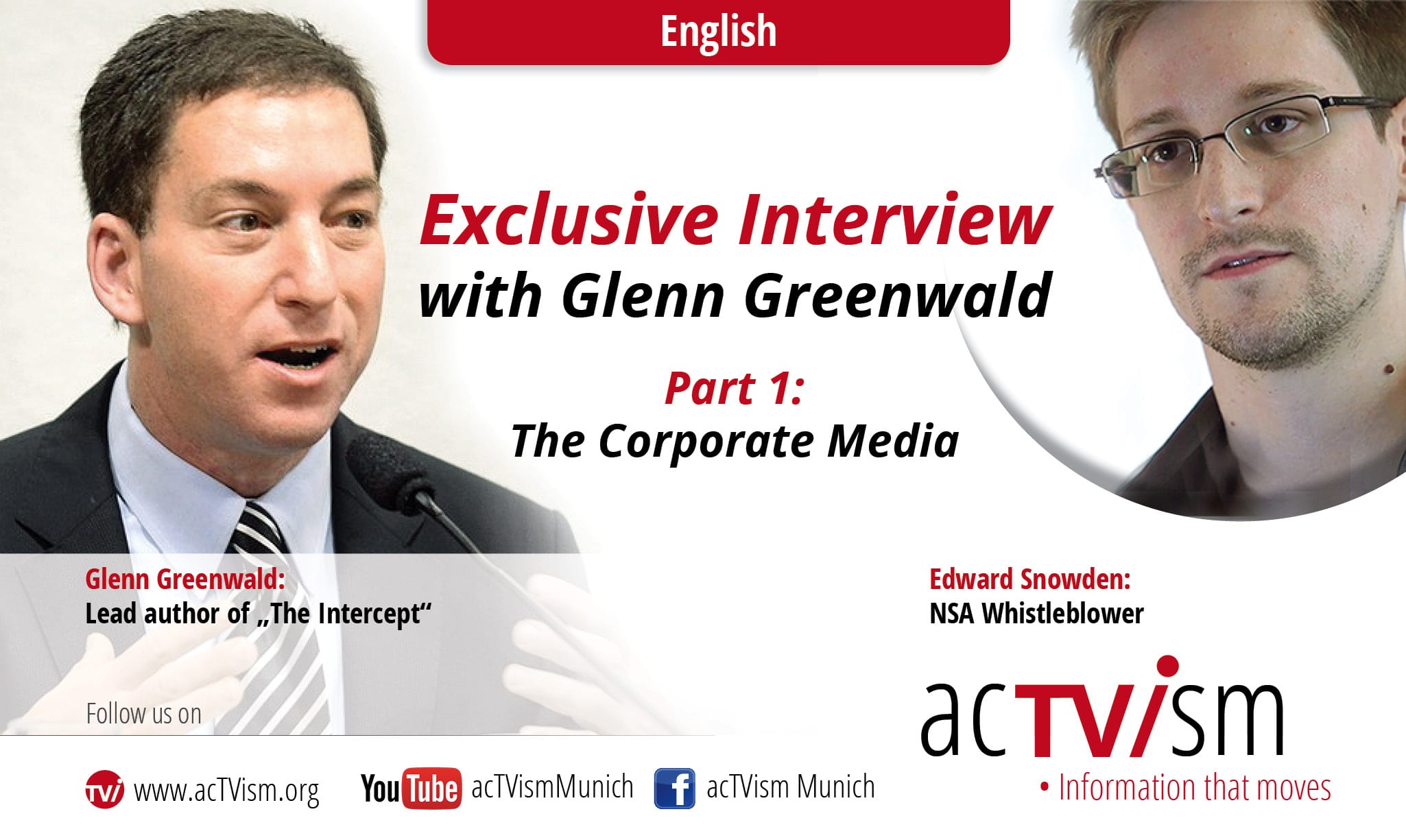 In this video acTVism Munich asks Glenn Greenwald at a Press Conference in Munich his opinion on the Mainstream Corporate Media and their reaction towards the NSA disclosures brought to light by whistleblower, Edward Snowden. Furthermore, Greenwald talks about the signficance of the preparations that he undertook with Laura Poitras and Edward Snowden before they […]