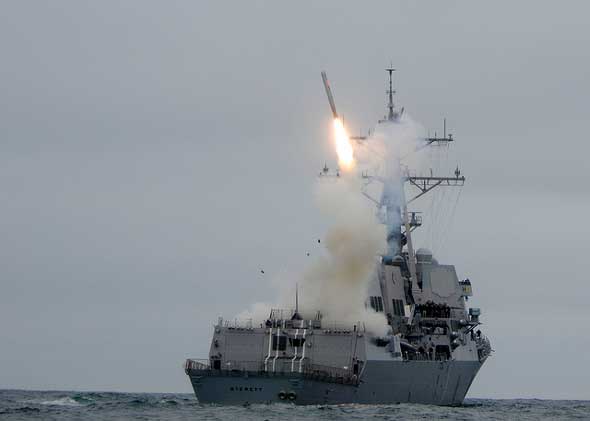 This video produced by Democracy Now! and moderated by Amy Goodman presents a discussion between Yazan al-Saadi, a Syrian-Canadian writer, Medea Benjamin, cofounder of CodePink, Alia Malek, journalist and former human rights lawyer, and Phyllis Bennis, fellow at the Institute for Policy Studies about the recent US attack in Syria, the policies of the Trump administration in the Middle East as well as the geopolitical and historical role that the US has played in the region.

VIDEO: Discussion on the Chemical attack, Geopolitics & History of Syria and the Region

To read the text of this discussion, click here.

Some notable excerpts from the discussion:

Medea Benjamin on the Syrian crisis and solutions:

Well, first, let’s look at the history of the U.S. in the region and the legacy of the U.S. intervention, whether it’s Afghanistan, Iraq or Libya. It’s all been terrible for the local people. I think we, on this conversation, all care about the Syrian people. Let’s look at what we can do. And I think that means going to Congress, going out in the streets and saying we don’t want U.S. further intervention, but we do want something that will be positive for the Syrian people. That means immediately lifting of the Trump ban on Syrian refugees coming to the United States, of funding of the $5 billion that the U.N. says is desperately needed to help the humanitarian crisis facing the Syrian refugees, and demand that the U.S. work with Russia to finally come to a ceasefire and work for a political solution, and that the United Nations get involved in this. I think this is an opening that we have to seize to say enough is enough, enough people have died, more war is not the answer, let’s find a political solution.

Medea Benjamin on the history of U.S involvement in the region:

The U.S. has been incinerating people for years with drone strikes, killed over 200 people in Mosul just recently. The U.S. is arming the Saudis, that have led to the catastrophic situation in Yemen where one child is dying every single 10 minutes. We should not glorify the weapons, and we should not have a selective sympathy for people who are dying, whether they’re dying from our weapons or other nations’ weapons.

Phyllis Bennis on the history of U.S involvement in Syria and the current situation: ´

But I think we also have to recognize that, historically, the role of the United States in the region has included a long-standing relationship with the regime of Bashar al-Assad and his father, whether it was recruiting the father in to bring his air force to help the United States bomb Iraq in 1991, where Syrian planes were part of that coalition; in 2002, when Bashar al-Assad agreed that the United States would be able to outsource torture and interrogation to Syria, because they were experts at that, and sent U.S.-held detainees to be tortured by the Syrian regime in Syria. So, you know, this history of relationship, collaboration, coalition with the Syrian regime, and then, at particular moments, for their own purposes—and it’s true, it has nothing to do with concerns about the people of Syria. There are now at least 11 separate wars being waged in Syria, and only one of them has something to do with the people of Syria. Whether we’re talking about the war between Turkey and the Kurds, the war between Saudi Arabia and Iran, the war between the U.S. and Russia, which is in transition right now, all of these wars are being waged in Syria. And the effect in Syria is that it’s Syrians doing the dying. It’s not Syrians who stand to gain from any of these wars. The only thing we need to do with these wars is not to win them, but to end it, to end the fighting in Syria.

Donate today so we can provide independent media a platform and translate their work into the German language!