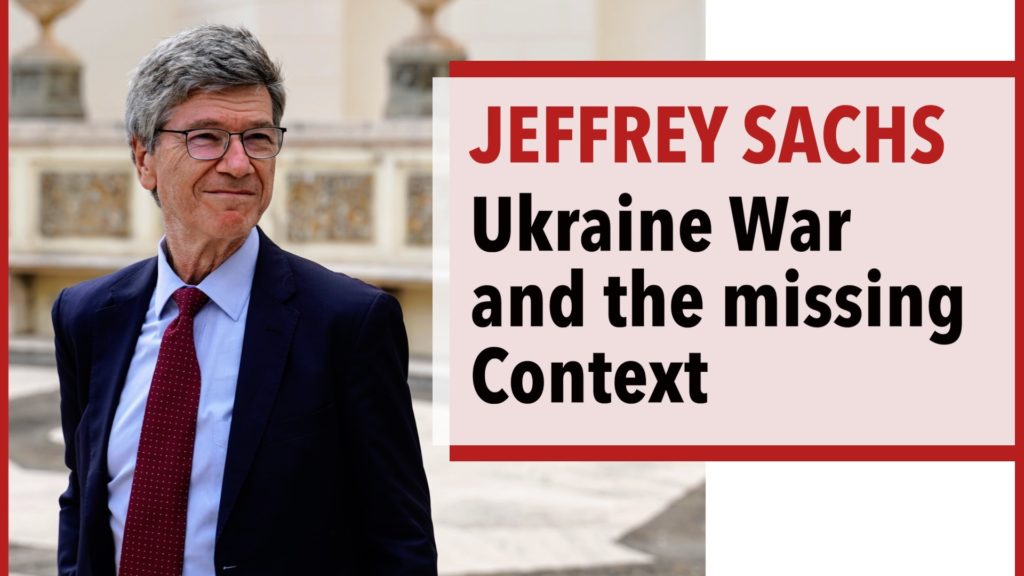 Jeffrey Sachs: The War in Ukraine and the Missing Context & Perspective

In this episode of The Source, we talk with world-renowned economist and best-selling author Jeffrey Sachs about the war in Ukraine. We examine the missing context to the war in Ukraine and illuminate a perspective that is missing from the media and political discourse when it comes to ending the war.

VIDEO: Jeffrey Sachs: The War in Ukraine and the Missing Context & Perspective

Jeffrey D. Sachs is University Professor and Director of the Center for Sustainable Development at Columbia University, where he directed the Earth Institute from 2002 until 2016. He is President of the UN Sustainable Development Solutions Network, Co-Chair of the Council of Engineers for the Energy Transition, Commissioner of the UN Broadband Commission for Development, academician of the Pontifical Academy of Social Sciences at the Vatican, and Tan Sri Jeffrey Cheah Honorary Distinguished Professor at Sunway University. He has been Special Advisor to three United Nations Secretaries-General, and currently serves as an SDG Advocat under Secretary General António Guterres. He spent over twenty years as a professor at Harvard University, where he received his B.A., M.A., and Ph.D. degrees. Sachs has received 41 honorary doctorates, and his recent awards include the 2022 Tang Prize in Sustainable Development, the Legion of Honor by decree of the President of the Republic of France, and the Order of the Cross from the President of Estonia. His most recent books are The Ages of Globalization: Geography, Technology, and Institutions (2020) and Ethics in Action for Sustainable Development (2022).