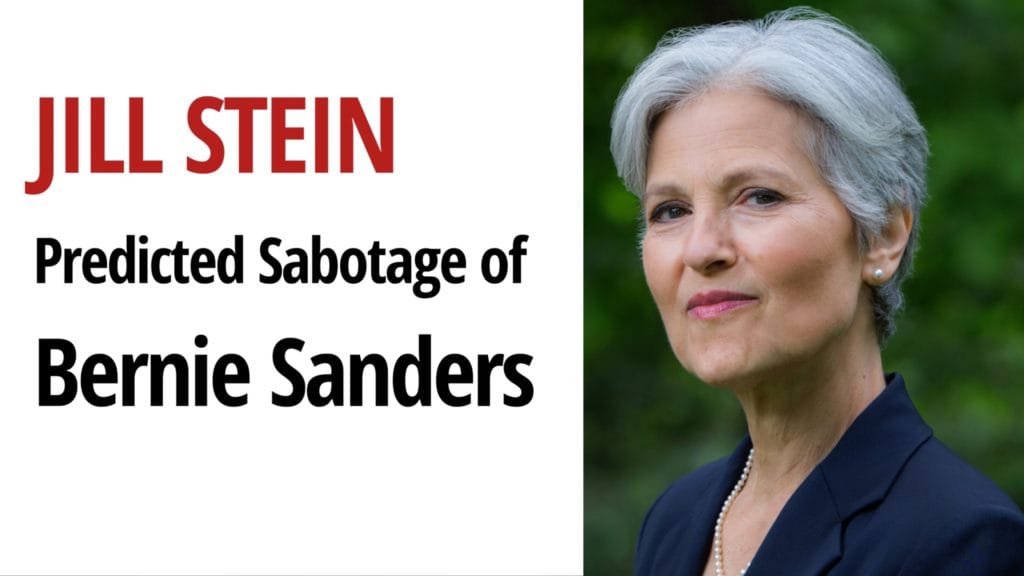 30th October, 2019: In this video Jill Stein predicts the sabotage of Bernie Sanders within the Democratic Party. To watch the full interview, please click here.

VIDEO: Jill Stein predicted the sabotage of Bernie Sanders within the Democratic Party