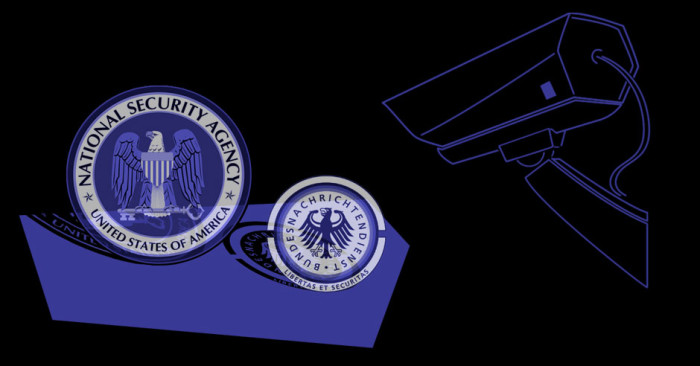 acTVism Munich organized an event in Munich in which the significance of whistleblowers, activism and the alternative media in the 21st century were discussed with Paul Jay, founder of the Real News Network, and Annie Machon, former MI5-Officer turned whistleblower.

In this video Paul Jay & Annie Machon discuss whether the NSA Surveillance state is reformable:

Some notable excerpts from the interview:

Annie Machon: “There is a chance and I think because you have a collaborative democracy in terms of different parties having to work together rather than the first-past-the-post democracy that we have in the US and in the UK. There is a greater chance. So, go out and lobby and pressure, you know, smaller political groups.” Paul Jay: “The current elites who are governing and the politicians and the political military intelligence strata that represents and defends this system, are they capable of creating some reforms in term of the security state? I think the main answer is: no. But maybe in very small ways if they turn it on each other. There was a lot of resentment the way Hoover blackmailed people with the intelligence… you know, Hoover former head of the FBI blackmailed all kinds of people. In fact what I was saying about the guy who was police chief of the LAPD, he wound up blackmailing the elite of Hollywood and LA. Yeah, you know, it was interesting when Petraeus’s computer was broken into then there were some squawks. Oh! who gave permission to go into Petraeus’s computer and find out he was having such and such affair and all of this. So, you know, maybe there is certain things if they turn it on each other but I think we are at a stage now… I interviewed Ralph Nader a few months ago and I asked him: do you think that the kind of reforms that you were able to win back in the 60s, could you do it now? And he says: absolutely no. The is system is kind of beyond this kind of reforms now. The stuff that you might have been able to do 30-40 years ago. I mean I think whistle-blowers play a tremendous role they are very courageous and maybe through the efforts of whistle-blowers it will alarm sections of the elites who are not in all this security stuff and they don’t want to get spied on themselves. It’s not, you know, it’s possible but that is really where it’s going to come from. We have to change who has power and then you can start taking on some of this issues because the system is very resilient. It can assimilate… like, what happened after Manning’s revelations? Did anything change? What happened after Snowden’s revelations? Did anything change? The system can assimilate a lot of this stuff because there’s tremendous inertia and there is a good 20% in the United States and it’s probably true in most countries of people who are doing very well thank you very much. And they don’t, they are ok sacrificing their privacy if it means keeping their wealth. So we need to arouse – as I’m saying all night – ordinary people and through their fight for their interests this issues can start to get addressed…”