Richard Wolff on BREXIT: “Mass of people are beginning to push back at governments, financial elites”

In this video produced by Democracy at Work renowned economist, Richard Wolff, talks about BREXIT and the global socio-economic system.

These questions are addressed in the video below:

For more on Richard Wolff – view his monthly “Global Capitalism Update” organized by Democracy At Work by clicking here. 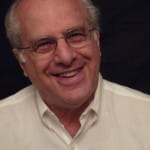 He is the author of many books, including “Democracy at Work: A Cure for Capitalism”, and “Imagine: Living in a Socialist USA”.

RECOMMENDED VIDEO:  The Origins of the European & Global Economic Crisis

1 Antwort auf „Richard Wolff on BREXIT: “Mass of people are beginning to push back at governments, financial elites”“