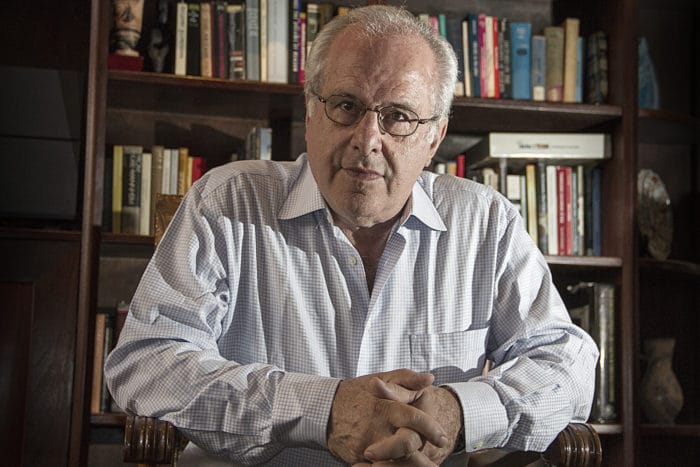 In this interview with Professor of Economics Emeritus (University of Massachusetts), Marxist economist and founder of Democracy at Work, Richard Wolff,  we talk to him about an instrument of exchange that we use in our society on a daily basis called money.

VIDEO: Richard Wolff on “What is Money?”

For more videos to our educational series with Richard Wolff, click here.

VIDEO: Support Cooperative Media & get to know us!

Richard Wolff is Professor of Economics Emeritus, University of Massachusetts, Amherst. He is currently a Visiting Professor in the Graduate Program in International Affairs of the New School University in New York. Wolff has also taught economics at Yale University, City University of New York, and the University of Paris I (Sorbonne). He is a co-founder and contributor of Democracy at Work, a non-profit organization that promotes democratic workplaces as a key part of a transition to a better economic system. Wolff has published many books and articles, both scholarly and popular. Most recently, in 2012, he published the books Democracy at Work: A Cure for Capitalism (Haymarket Books) and Contending Economic Theories: Neoclassical, Keynesian, and Marxian, with Stephen Resnick (Cambridge, MA, and London: MIT University Press). He writes regularly for Truthout.org. He has been interviewed on The Charlie Rose Show, Up with Chris Hayes, Real Time with Bill Maher, Democracy Now!, Al-Jazeera English, Thom Hartmann, NPR, Alternative Radio, and many other radio and TV programs in the United States and abroad. The New York Times Magazine has named him “America’s most prominent Marxist economist.