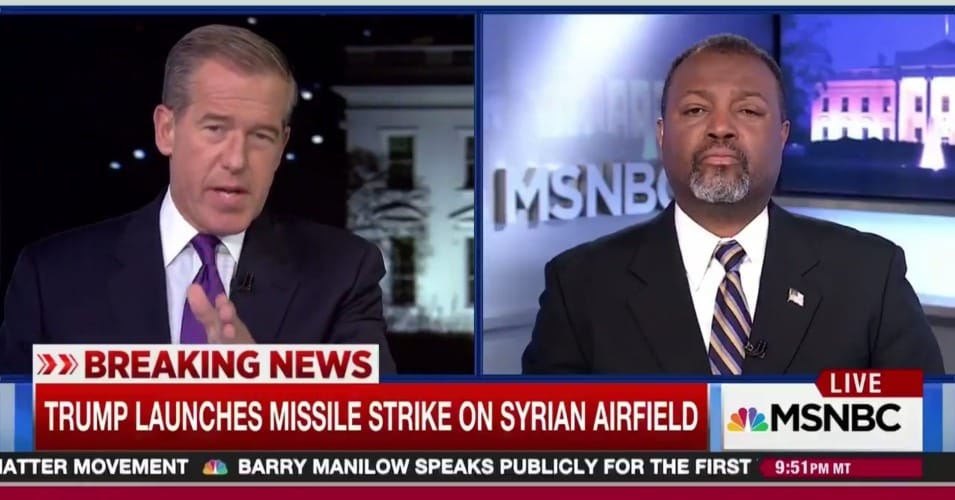 “U.S. media really love the pseudo-patriotism, militarism & the use of technology” – Norman Solomon

Shortly after President Trump ordered 59 cruise missile strikes on the Syrian air base, U.S. media outlets fell all over themselves with praise for Trump’s action. Some called him presidential. According to an analysis by Fairness and Accuracy, in reporting five major U.S. newspapers; the New York Times, the Washington Post, USA Today, the Wall Street Journal, and the New York Daily News, ran a total of 18 op-ed articles in the days following the attack, and not one of them was critical of the attack, or even questioned the validity, the legality or even, for that matter, whether there was any proof of what they were accusing President Assad of doing. A New York Times analysis even ran a headline that said ”On Syria Attack, Trump’s Heart Came First“. Similar coverage could be found in the cable news programs CNN, MSNBC and Fox News. Brian Williams of MSNBC even referred to “the beauty of our weapons”.

The following questions are addressed by the co-founder of Rootsaction.org, and founding director of the Institute for Public Accuracy, Norman Solomon: