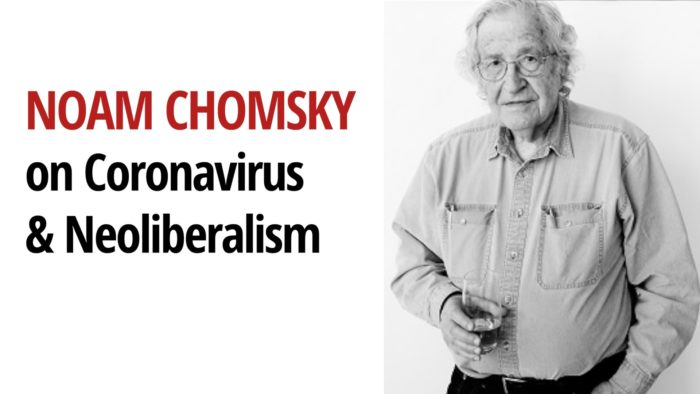 Noam Chomsky on the Coronavirus: “It’s a colossal market failure”

In this video produced by DiEM25, activist, linguist and author Professor Noam Chomsky comments on the coronavirus crisis. Furthermore, he provides context to our socioeconomic and political system and how it prevents us from effectively combating such an epidemic. Lastly Chomsky discusses what individuals can do in self isolation to maintain solidarity and to keep the struggle for freedom and democracy alive.

To read this interview: Noam Chomsky on the Coronavirus