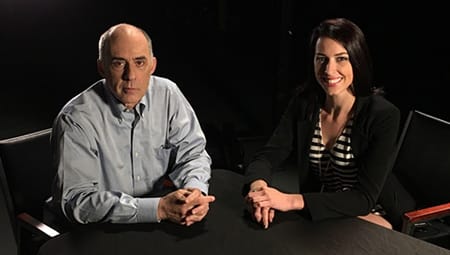 To read the full discussion of this video, click here.

To view our work with Paul Jay, click here

To view our work with Abby martin, click here.

Notable quotes from the discussion:

Mike Pence himself said that his… the person that he idealizes the most is Dick Cheney. He says that he wants his vice-presidency to be, quote, “very active”. We’re talking about a person who received the most funds from Erik Prince, the founder of Blackwater, and we’re looking at the administration now. It’s shaping up quite nicely for these billionaire Christian evangelicals, Betsy DeVos, Erik Prince’s sister, pioneer of charter schools, undermining of public education, and now she’s running the Education Department in the US.So, Mike Pence is a very scary figure. Not only did he support the Iraq War, vote for it, he also was one of the main pioneers of the conspiracy theory that Saddam was involved in the anthrax attacks, and going out there selling that, not to mention his vehement anti-gay policies, public push for conversion therapy in Indiana. He is a pretty scary figure, Paul, especially when you consider that Trump asked him to run, quote, “foreign and domestic policy”, as we know from John Kasich, who was told and asked if he wanted to be VP, and he was told, “You’re going to run foreign and domestic policy.” That’s how insane the situation is.

There is a serious problem on the Internet right now where people are either not fact-checking anything and they believe everything they read, and they conflate every alternative news site with these crazy blogs that are totally unfounded and have no credibility. And I think that that just comes back to media literacy. Don’t read a list on Washington Post, and take it with a grain of salt: fact-find for yourself. It’s not that hard. I mean, it took me five seconds even not knowing how to have any journalistic skills whatsoever, someone who is involved in canvass organizing in college, I knew immediately that that paid protester thing on Craigslist was just a canvassing job position. I mean, the bus picture where people said the protesters were bused in. Once again, it was debunked by the original tweeter. He took down the tweet.So, these things, I think it comes back to media literacy, understanding what the truth is, and not just taking any website with a grain of salt, and understanding the agenda that places like Infowars has. Look, they hitched their wagon to Pamela Geller gravy train, long ago, when they knew that Islamophobia made money, and it’s basically a Fear Inc. operation.

Paul Jay on the role that corporate media played in Trump’s election campaign and the lack of coverage on socio-economic and environmental issues:

And if you want to talk about why Trump won, and then you want to connect that to fake news, you need look no further than all — almost all — of the corporate-owned news, which is the biggest fake news that helped elect Trump. And I’ll give you on three points: first and most important, why aren’t there screaming headlines every single day, both on corporate TV news and newspapers about climate change? If they had been dealing with the climate change crisis with the urgency it requires and what all scientists say, including recent reports that say we could pass the 2 degree threshold by 2050 — that’s 34 years away. And that model was before Trump was elected — who knows what that does to that model now, in terms of when we hit 2 degrees, given it just exploded most climate change policy around the globe, Trump’s election.So, if people had been really educated and given the urgency that objective facts call out for, how the hell would so many people vote for a climate denier? Number two. Even now the coverage of the Cabinet, and the people, there’s almost no conversation about what we were talking about, that they’re all focusing and targeting on Iran, and they all have a strategy of regime change, weakening Iran — in other words, they’re talking about another war in the region. No talk about that. Yes, they talk about how crazy some of these people are and so on, but that issue, and certainly leading up to the election, that’s no surprise that that’s where this Trump Administration was going.You look at Rudy Giuliani’s speech at the Republican Convention, he was crediting Iran with supporting terrorist attacks on the United States. Which is clearly there’s no evidence of, and if he’s going to talk about anybody doing that, it’d be the Saudis, but, no, Giuliani targets Iran, as did others that spoke at the Republican convention. And then, of course, the whole way corporate media has dealt with the economic crisis. And not dealing with the issue of who really is responsible for that crisis, and how the whole bailout of ’07-’08 made massive more money for the billionaire class, and so on. They treated Sanders as some kind of marginal outlier. So, yeah, of course, they can point to some small sites that supposedly are manipulated by the Russians, most of whom that accusation’s ridiculous. But it’s corporate news elected Donald Trump.

Donate to support our event with Edward Snowden & Paul Jay

Our plan is to live-stream this event on the internet to a global audience and capture it via video to be made available for free on social media. We also hope to translate all the footage into multiple languages to inform people globally and not just from the English speaking world. Please assist us with a donation today so that we can not only continue our current operations but also fully realize our plans for the upcoming event. Please support us today by donating via PayPal or Bank transfer by clicking here or on the picture below!