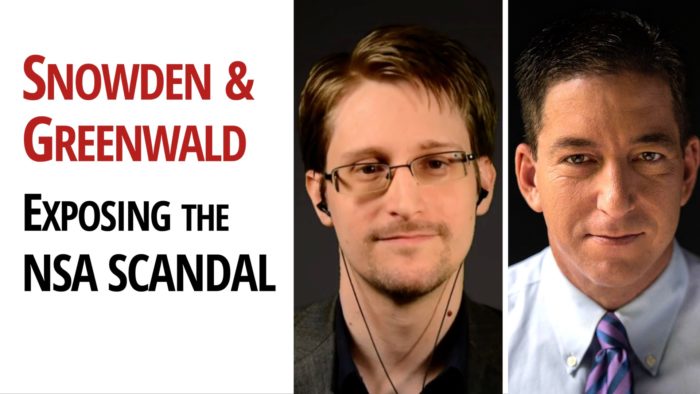 This video documents all of our work with Edward Snowden and Glenn Greenwald, spanning a period from 2014 to 2019. Our interview with Edward Snowden appears in this video at 40 minutes 38 seconds. We note that the themes covered in these Videos have been sidelined in recent times, despite their growing significance in understanding the world today. We present this compilation to help redress this imbalance.