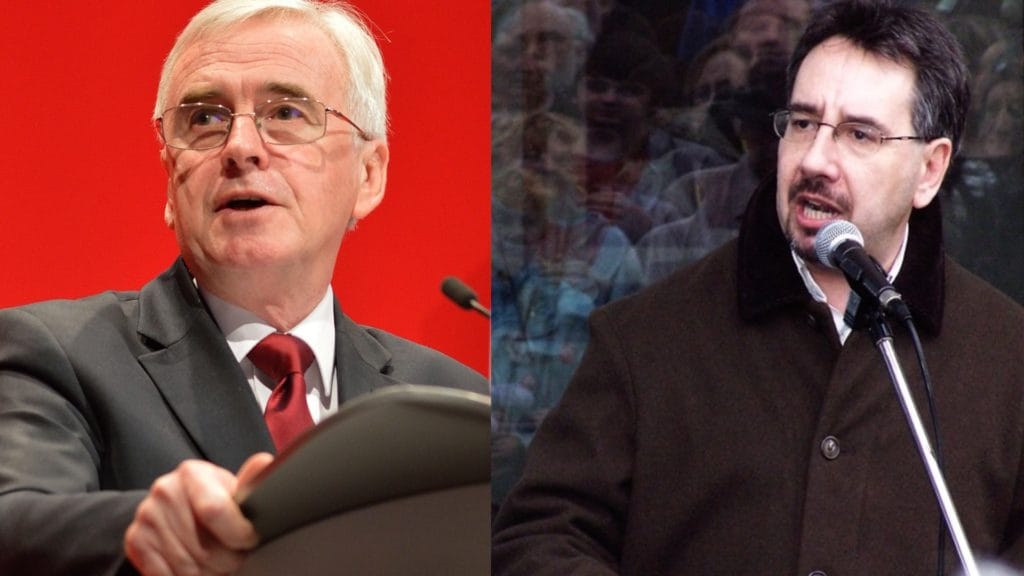 In this video British Member of Parliament, John McDonnell, and activist & organizer of the “Don’t Extradite Assange Campaign”, John Rees, talk about the extradition case of Julian Assange and raise awareness on the actions that can be taken by individuals to prevent his extradition.

This video was recorded on the 4th of February 2020 at the Royal National Hotel in London after the public rally for Julian Assange that was organized by the “Don’t Extradite Assange Campaign.”

John Martin McDonnell is a British politician serving as the Member of Parliament for Hayes and Harlington since 1997. A member of the Labour Party, he has been Shadow Chancellor of the Exchequer in the Shadow Cabinet of Jeremy Corbyn since 2015.

John Rees is a writer, broadcaster and activist, and is one of the organisers of the People’s Assembly. His books include ‘The Algebra of Revolution’, ‘Imperialism and Resistance’, ‘Timelines, A Political History of the Modern World’, ‘The People Demand, A Short History of the Arab Revolutions’ (with Joseph Daher), ‘A People’s History of London’ (with Lindsey German) and The Leveller Revolution. He is co-founder of the Stop the War Coalition.

Note for both images used as YT-Thumbnail: acTVism Munich is a non-profit, volunteer-based and independent media organization. No copyright harm or violation is intended. All content produced by acTVism Munich is for educational and commercial purposes. In case copyright or license were not properly stated, please contact us via [email protected] and we shall take down or change the image accordingly.