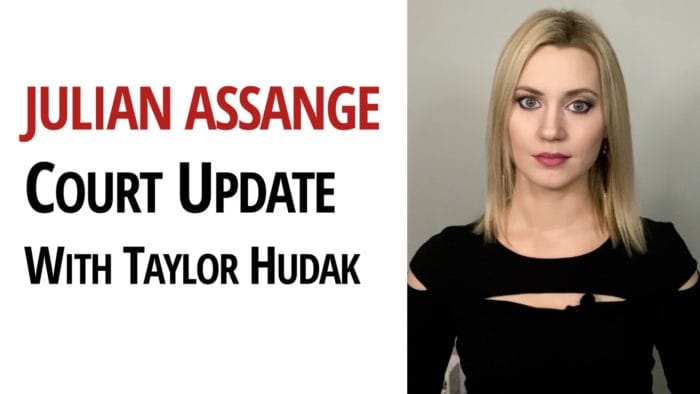 In this video editor and journalist Taylor Hudak provides the latest update on the case of Assange.

Taylor Hudak is a journalist and editor with acTVism Munich. She is the co-founder of the decentralized activist organization Action 4 Assange. She has appeared on RT America, RT’s CrossTalk with Peter Lavelle, Fault Lines with Lee Stranahan and Garland Nixon and Political Misfits.