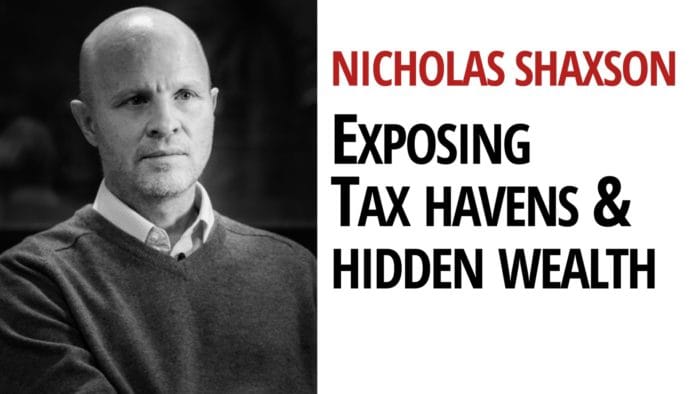 In this interview with British author, journalist & writer Nicholas Shaxson, we uncover the role of tax havens and secrecy jurisdiction. In addition, we discuss the negative impacts that tax havens have on our economy and democracy. Finally, we talk about recent developments on this issue and also what actions governments and individuals can undertake to ensure that our economy functions in a just manner.

To read the transcript of this interview: Exposing Tax Havens & their Destructive Effects on the Economy

VIDEO: Exposing Tax Havens & their Destructive Effects on the Economy

Nicholas Shaxson is a journalist and writer on the staff of Tax Justice Network. He is author of the book ‘Poisoned Wells’ about the oil industry in Africa, published in 2007, ‘Treasure Islands: Tax havens and the Men who Stole the World’, published in January 2011, and ‘The Finance Curse: How global finance is making us all poorer’, published in October 2018. He lives in Berlin.